North Shore Oahu is everything you could possibly want out of a perfect trip to Hawaii – beautiful beaches, great food, breathtaking landscapes, a laid-back and uncomplicated pace, and the friendliest people. Growing up, it has always been one of my favorite areas of the island of Oahu to explore in order to get away from the city. I love the North Shore so much that I make it a top priority to visit every single time I go home, and I consider it one of the best things to do in Oahu for anyone traveling to the island for the first time!

Usually when I go back to Oahu to visit my family, I often only have one day to spare for the North Shore, in between family commitments, errands, and meet-ups with old friends. So, over the last several years of heading to Oahu once or twice a year, I’ve found myself jam-packing everything I love about the North Shore into a full-day adventure, and honestly, because of how easy the drive is, it definitely can be done! If you’re visiting Oahu and staying in Waikiki, one day is a perfect amount of time to sample all that the North Shore has to offer.

Here are some need-to-know tips, plus my favorite stops on Oahu’s North Shore that you need to experience.

And, be sure to scroll down to the bottom of this post to find my North Shore Oahu Self-Driving + Bus Guide! It covers everything you could possibly need to know about getting to and around the North Shore, whether you’re renting a car or taking public transportation.

First, Where is North Shore Oahu, and How Do I Get There?

The North Shore sits right at the northernmost tip of the island of Oahu. Technically, this area starts at Kahana Bay and ends at Ka’ena Point. But to be clear, the North Shore isn’t just one beach or one town. It’s a whole series of beaches, towns, and neighborhoods dotting the northern and northwestern coasts of the island. Because of how sprawling the area is, and how beautiful this part of the island is in general, the journey to get around is just as fun as the destination itself, and there are tons of stops worth making.

I like to start my drive in Kaneohe, where you can easily get to the North Shore by taking Kamehameha Highway all the way through. If you’re in Honolulu or Waikiki, you’ll most likely go around the other side of the island, taking the H-1 and the H-2 freeways for the quickest route.

You can visit the North Shore easily by car or on the bus! (Search for car rentals on Oahu here)

Things to Do in the North Shore:

The reason North Shore is so special is because of the concentration of beautiful, world-famous beaches within such a short distance from one another. And, because most of the coastline is pressed up right against the side of Kamehameha Highway, the experience is like eye-candy before you even get out of your car. But of course, a beach is much better experienced outside.

So, here are some of my favorite beaches to get out and explore:

Home to Chinaman's Hat island, Kualoa Ranch, and the place where Jurassic Park was filmed, Kualoa Park is definitely worth at least a stop, at most a full day of exploring. In my opinion, this is where the North Shore truly 'starts,' if you're coming from Kaneohe. This is where you first begin to see the ocean's close proximity to the highway (and shortly after, you'll be driving right up next to it). Stop here to admire Chinaman's Hat, which, as its name suggests, is a hat-shaped island right off the shore. I used to imagine a giant man sound asleep just beneath the water's surface. Sometimes, I still do.

Without a doubt the most famous word associated with the North Shore, Pipeline is a beach that's internationally renowned within the surf community. Depending on the time of year you're visiting, you might catch a surf competition in action (which, in my opinion, just means traffic – so be prepared!). That said, this usually isn't the friendliest beach to swim at unless you visit in the summer months, so just keep that in mind.

Just over a mile down the road from Banzai Pipeline, Sunset Beach is another well-known surf spot. With a long slice of pristine Hawaiian coastline, and barrel waves that roll all the way up to shore, this beach is a pretty picturesque example of the best that North Shore has to offer.

Pupukea's beach is a jungle gym of rocky terrain, reef, and tide pools everywhere you look, with tiny fish and marine life darting in and out of each little puddle of ocean water. While this is definitely not a beach I suggest swimming at, it's absolutely beautiful to visit and explore. Walk around the tide pools (safely), listen to the waves crash on the rocks, and go across the street for a few food options and a grocery store in case you want to stock up for a beach picnic.

This is, hands down, my favorite beach in North Shore, and that's not an unpopular opinion. Waimea Bay has a huge sandy shore for laying out, playing beach volleyball, and setting up camp for the day. Here, unless it's the middle of winter where the conditions are generally rougher everywhere, it's one of the safest North Shore beaches to swim at. And, if you are feeling adventurous, climb up 'the rock' at the far left corner of the Bay and LEAP! I have some pretty great memories of spending lazy high school afternoons scampering up and jumping off this rock, chasing turtles, and falling asleep on the sand at this very beach.

This is the westernmost tip of Oahu, where the road ends and there's nothing left but you and the ocean. It's not a swimming beach, but it is a get-out-of-your-car-and-admire kind of destination. I've loved coming here in the afternoon for sunsets and late in the evening to stargaze, far away from the light pollution from the rest of the island. Just know that because this spot is a bit removed from everything else, the parking area and some of the road can be very uneven and bumpy.

If you're just visiting the island and want to surf, kayak, or paddleboard in the North Shore, odds are you’ll probably want to rent equipment or take a lesson. There are 2 main spots I know of that you can do this:

You can also reserve your gear rentals in advance and carry them on your rental car or have them delivered to your accommodation (check out Hawaii Beach Time and Kailua Beach Adventures).

While I'm no surfer, I can preach about stand-up paddleboarding, which I LOVE to do whenever I get a chance (and it's fairly easy to learn and get comfortable with in just one go!). Haleiwa has the most options as far as rentals (I’ve linked a few shops I know above so you can compare prices and options). Haleiwa is the best place in my opinion because you can paddle on the Anahulu River, where there's no waves or tides, making it perfect for first-timers. And, if you feel ready or if you've paddled before, the river feeds out into Ali’i Beach, where you can also take your rentals for a spin on the open ocean. The last time I did this was one of the most magical days of my life – I'd never seen so many turtles in one place before, anywhere else in the world, but here!

There are no huge malls on the North Shore, and hopefully it stays that way. What you will find instead are marketplaces, small boutiques, shops, and kiosks selling everything from handcrafted koa wood sculptures to bikinis and candles. If you are getting gifts for friends or souvenirs to remember your trip by, I highly suggest doing so while you're on the North Shore, as most of the shopping you’ll do in Waikiki will just consist of high-end luxury brands, fast fashion giants that you can get pretty much anywhere, and kitsch (hula dancer bobbleheads, anyone?).

The main places you can shop in the North Shore are:

Where to Eat in the North Shore:

The blessing and the curse of spending just one day in the North Shore is that your tummy simply won't be able to handle the amount of mouth-watering choices available to you in such a short amount of time. There's just SO much to eat. But, if you had to start somewhere, there are a few places I highly recommend picking from:

North Shore Hotels and Other Places to Stay:

There aren't too many hotels in the North Shore. So, if you're planning to spend a night or two in the North Shore and have some money to spend, check out Turtle Bay Resort, where Forgetting Sarah Marshall was filmed (and coincidentally, where my parents got married! To be clear, my parents totally stayed here before Sarah Marshall ever did). If Turtle Bay Resort is a little pricey for you, a North Shore Airbnb is also a great option.

On the flip side, if you're planning your trip to Oahu and thinking of making Waikiki your home base, check out my recent review of one of Waikiki's most colorful and hiphotels, The Laylow!

RELATED: Where to Stay in Waikiki – The Laylow

A trip to Oahu just isn't complete without a visit to the North Shore. Whether you surf or not, the beaches and the food alone are well worth the drive! And, with all places, when you visit just be sure to be respectful of locals and local laws. Park in designated areas, pull over ALL the way to take pictures (don't stop traffic), and take your trash with you or dispose of it accordingly. That way, the North Shore can stay just as beautiful as it always has been for more travelers to experience for years to come :)

Have you been to the North Shore? What is your favorite spot to stop at? Tell me in the comments! 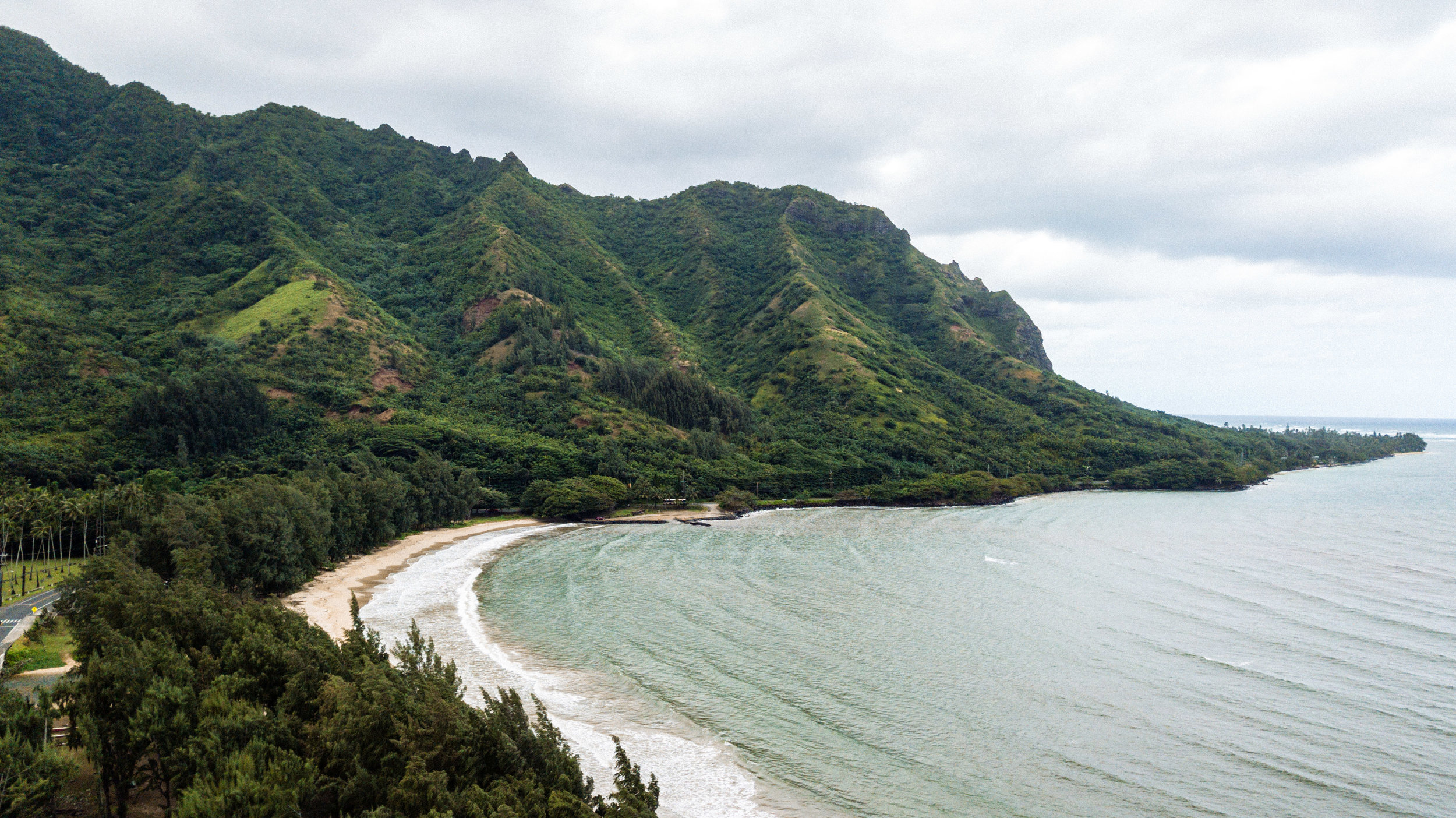 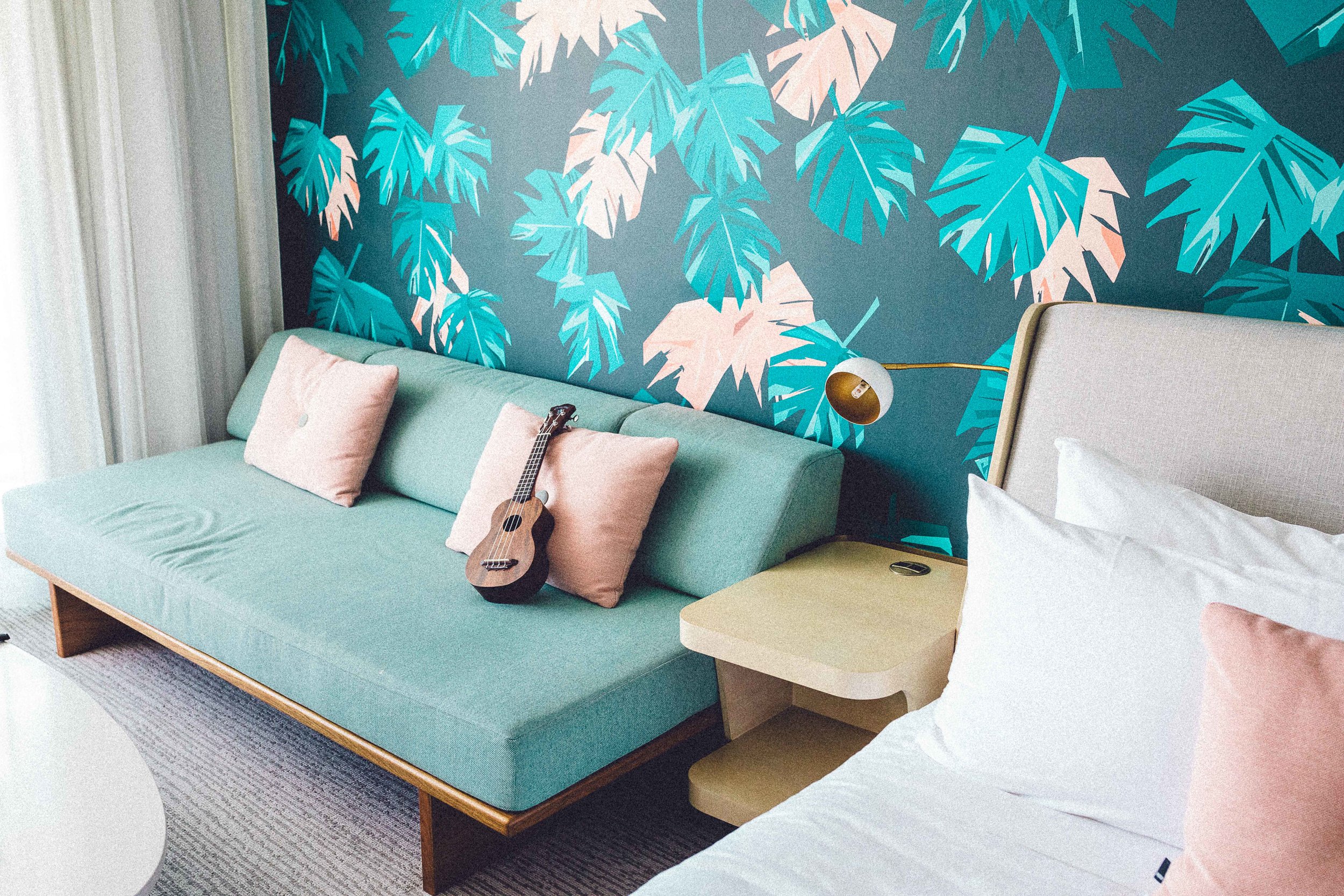 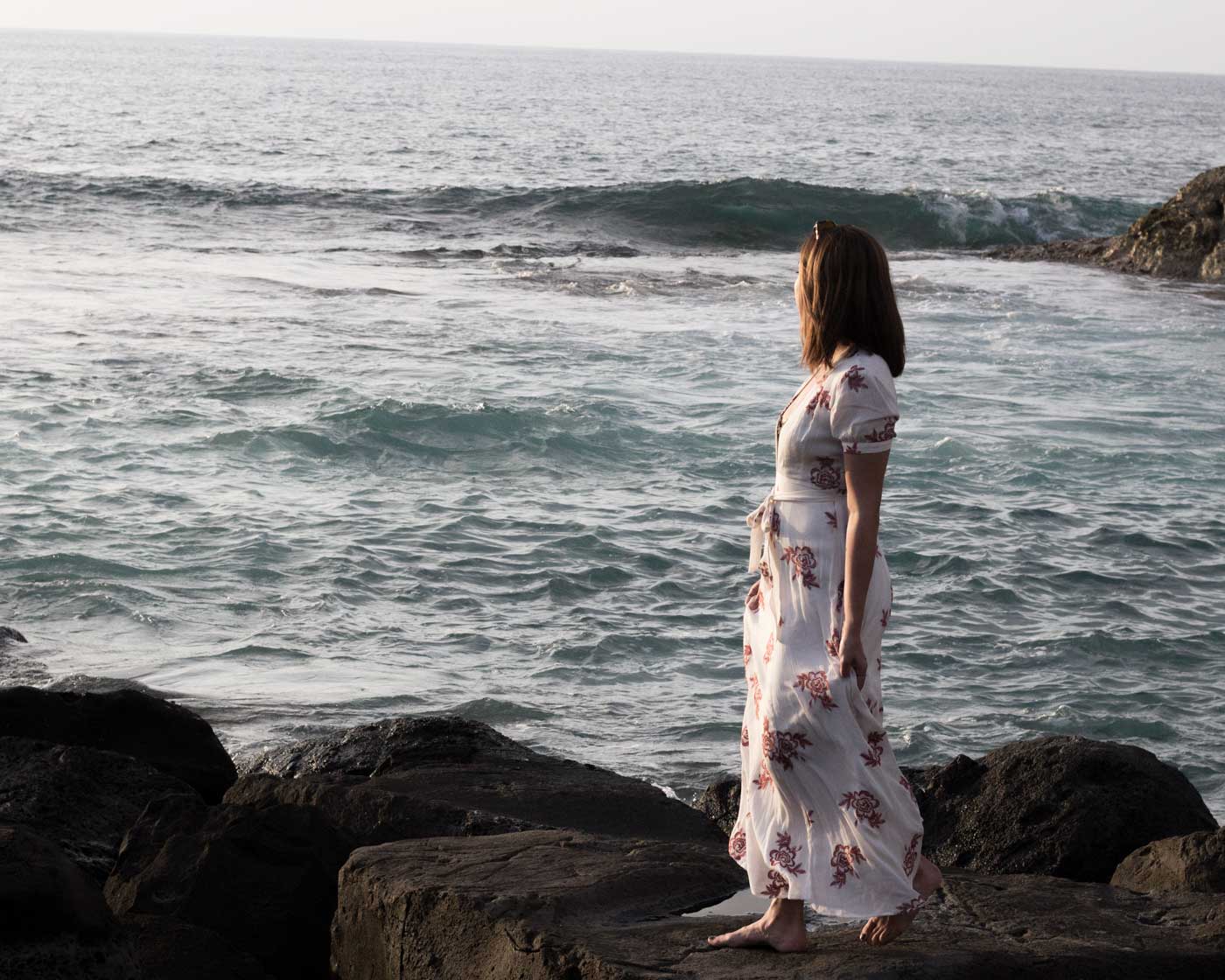