Where to Stay in El Nido: Outpost Beach Hostel

Being in Palawan is like being at the final frontier of the Philippines. You’re as far out west as you can possibly get, and getting here is a feat in itself.

I’d been to the Philippines several times, but I had never previously had a chance to check out the famous beaches you see in postcards and on social media. Many of those beaches can be found here, and so I set out to spend a week in El Nido solo to finally experience it for myself!

In my personal experience, the El Nido city center is a bit crowded and chaotic, and should only be your home base if you have limited time on the island and need to be in the middle of the action. If you want to be close while still being able to disconnect and relax, your best bet is to stay near, but not in, El Nido itself. Many travelers will look to nearby Corong-Corong Beach, which is just 5-10 minutes away by tricycle. Or, if you really want to get away from it all, you can check out Nacpan Beach, which is 45 minutes away and entirely removed from the hustle and bustle of city life.

For solo travelers who are seeking a lively place to stay with an unbeatable location, I recommend checking out Outpost Beach Hostel on Corong-Corong Beach. This is one of the most fun, and comfortable, hostels I’ve ever stayed in!

RELATED: Everything You Need to Know Before Visiting the Philippines

To get here, it’s first important to note that it is as remote as it sounds. Traveling around the Philippines’ network of islands often takes a combination of air, ocean, and land travel. From Manila, you can fly to Puerto Princesa (cheaper) and catch a bus or van to El Nido, or fly directly to El Nido (faster) and simply hire a tricycle to take you to where you need to go.

I flew to El Nido with AirSWIFT, a boutique Philippine airline that privately owns and operates El Nido Airport. Round-trip, my flights cost me around 15K PHP ($300 USD). From the airport, you can hire a tricycle that will drop you off right in front of the Outpost Beach Hostel.

While El Nido is lively and densely populated (for an island). Corong-Corong Beach feels a bit more like a breath of fresh air. It’s more laidback, while still providing you with some of the most perfect views of the beach, the dramatic limestone cliffs, and the tiny islands that dot Palawan’s coastline. It’s even been said that the sunsets in Corong-Corong Beach are the most beautiful in all of El Nido!

Outpost Beach Hostel is situated right on the beach facing Bacuit Bay, so close that in the evenings during high tide, the waves will crash right at the base of the property itself. In the early mornings during low tide, you’ll be able to see the water recede along the coastline significantly. Here, you’ll have a dramatic view of the beach at all hours of the day.

To get to El Nido city center from Outpost Beach Hostel, you can easily hire a tricycle for around 50 PHP, and the ride should take no more than 10 minutes.

RELATED: Where to Stay in El Nido: Nacpan Beach Glamping

Outpost Beach Hostel seems to encompass all of the things most people love about hostels. The staff is enthusiastic and easy to get along with, the rooms are simple and comfortable, the prices are affordable, and there’s always something going on and someone new to meet. All of this combined with the beautiful view of the beach honestly made me feel like the price of my private room was a steal.

The hostel itself features a two-story common area with tons of places to hang out and take in the views. Here, you’ll find an onsite kitchen and bar serving up both Filipino and western food, fresh fruit shakes, cold beer, and cocktails.

During the day, you can book an El Nido island hopping tour departing directly from the beach in front of Outpost. In El Nido, you’ll notice that all tours are alphabetized from A - D no matter where you go, with each tour showcasing different islands and locations you can explore. However at Outpost, they offer only two tours – Southern Tour and Northern Tour – which they claim covers more ground than the other commercially available tours while still allowing you ample time to enjoy, snorkel, and take it all in. The fact that you can take these tours directly from the hostel itself and board the boat on the beach out front is truly a great feature to take advantage of while here, and they depart daily at 10 am - 5:30 pm (lunch, snorkeling gear, and a cocktail upon return – in typical hostel fashion – included!).

In the evenings, there’s always something going on at Outpost, and it always starts at sunset with a daily community shot. If you’re hanging out in the common area just before sunset, odds are you’ll be handed a complimentary shot to take as a group. It’s a lot of fun (as free drinks usually are)!

Like with many hotels and hostels in the Philippines, WiFi is a bit of a dilemma. This is especially true in Palawan, which is well-known for intermittent outages and spotty signal. You won’t be able to get any WiFi in the rooms at Outpost, but you’ll be able to connect in the common area.

Rooms at the Outpost range from multi-bed dorms with shared bathrooms (the most affordable option) to private rooms with ensuite bathrooms. So, whether you’re traveling solo, as a couple, or with a group of friends, you’re more than likely to find a room that works for your needs here given the sheer variety of layouts and number of beds.

All room styles are equipped with air conditioning, fans, bedside lights, and ample power sockets. The more private rooms with ensuite bathrooms also have a TV. They’re simple, but they get the job done, and most rooms are far enough away from the common area that you won’t have any problems with noise when you’re trying to get some rest.

Tips To Know Before You Go

1. TRANSPORTATION: In order to get to El Nido from Manila, you’ll need to fly to Puerto Princesa (cheaper) or El Nido (faster). I traveled to El Nido on AirSWIFT for around 15,000 PHP round-trip. Once you’re in El Nido, you can hire a tricycle to get dropped off right in front of the hostel.

Once you’re here, it’s important to note that the walk from the main road down to the lobby involves stairs, sand, and sometimes even water (depending on the tide!). Pack light if you can, because it can be exhausting to lug your bags up and down this short but steep walk!

2. CASH ONLY: There are very few ATMs in El Nido. If you can, plan to bring a sufficient amount of cash to cover all your necessities while on the island.

Planning your visit to El Nido? Would you stay in this hostel? Tell me below! 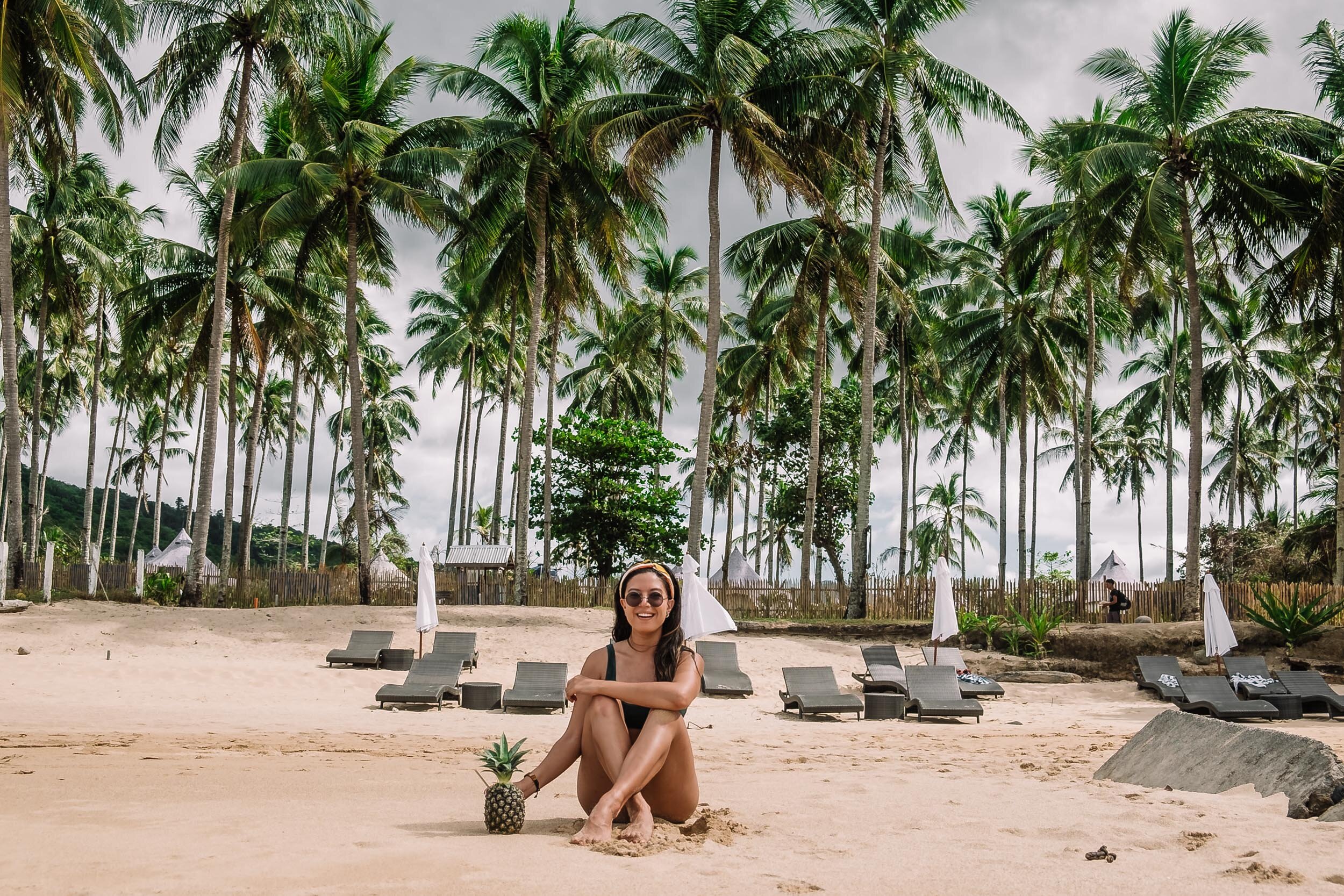 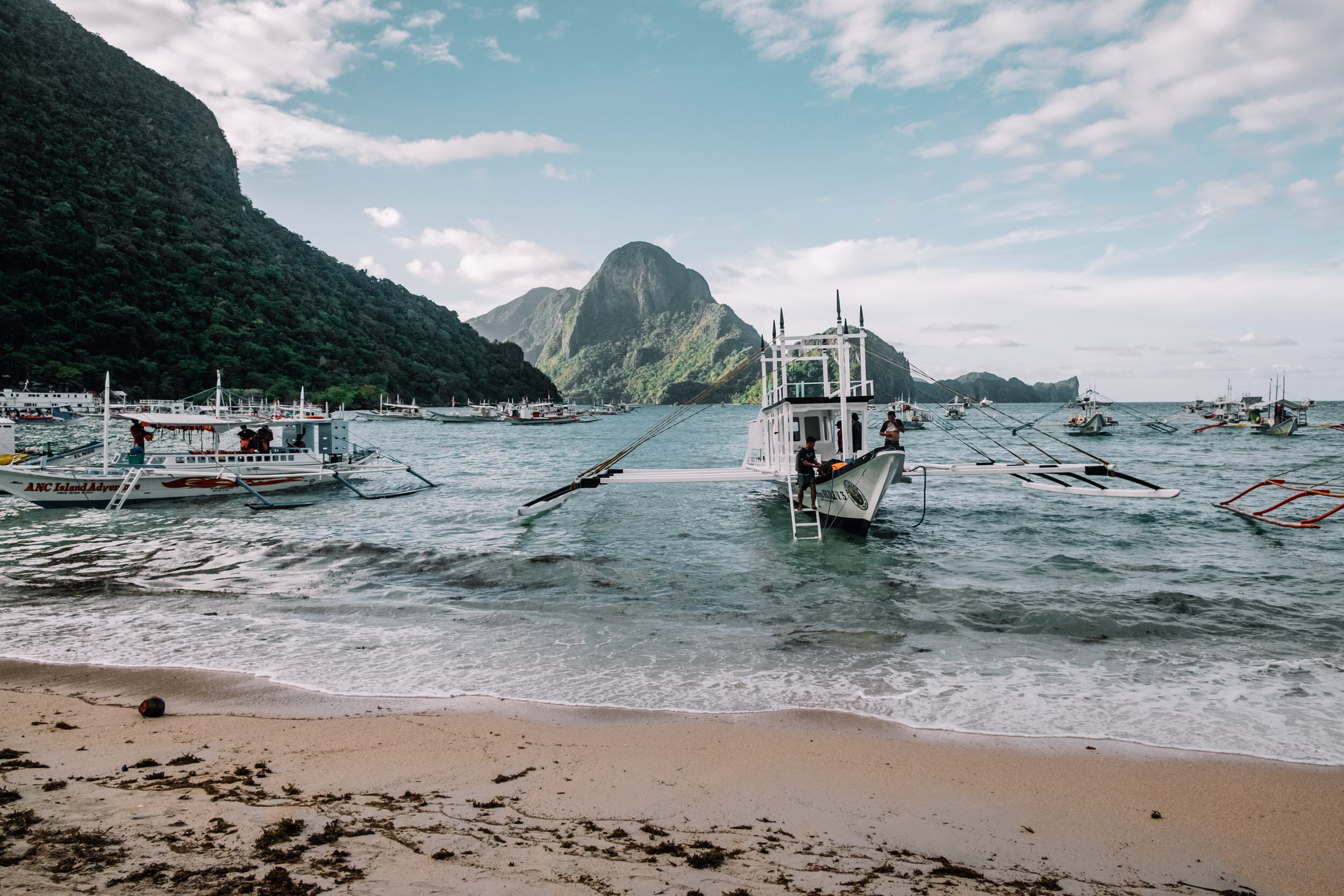 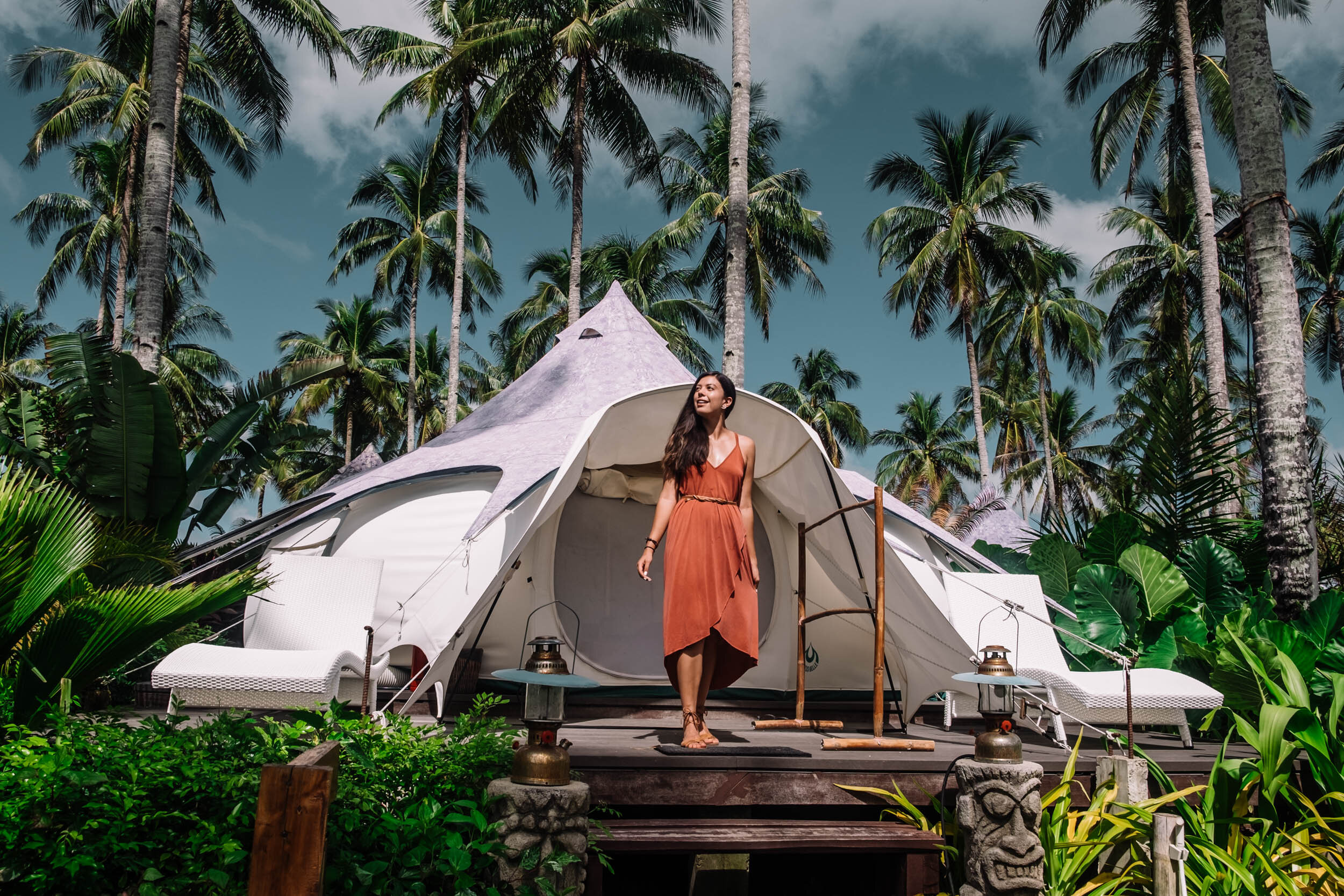 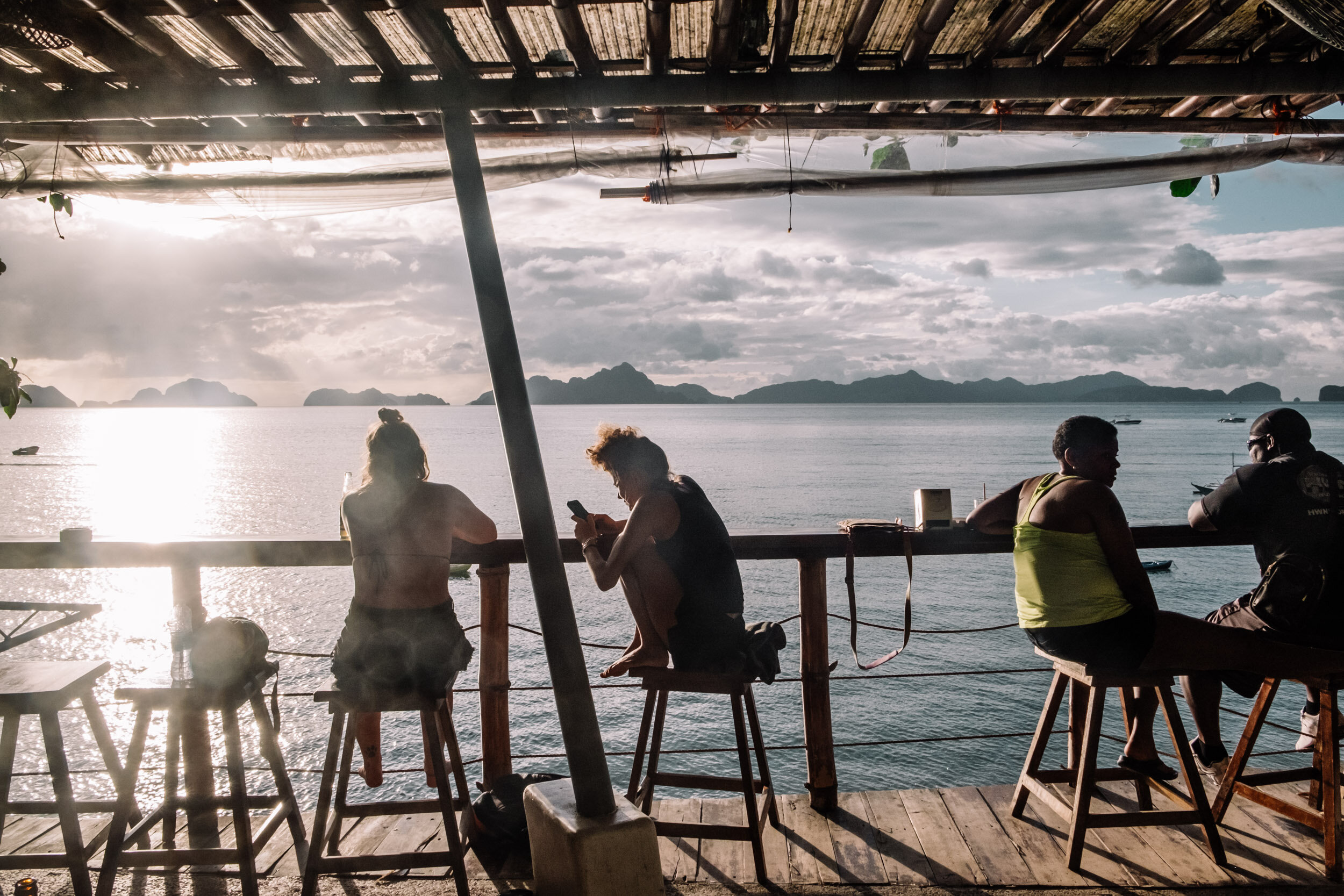 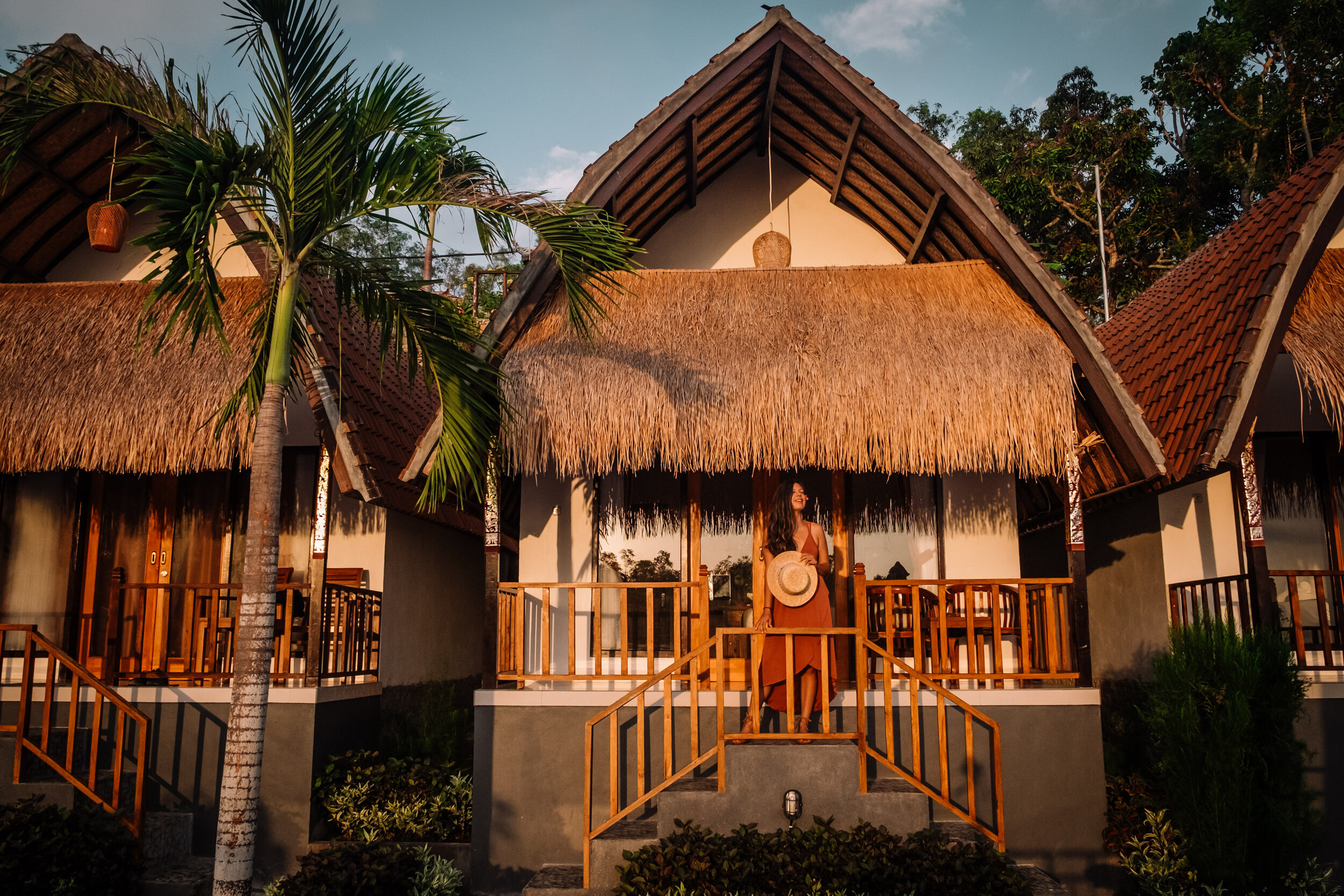 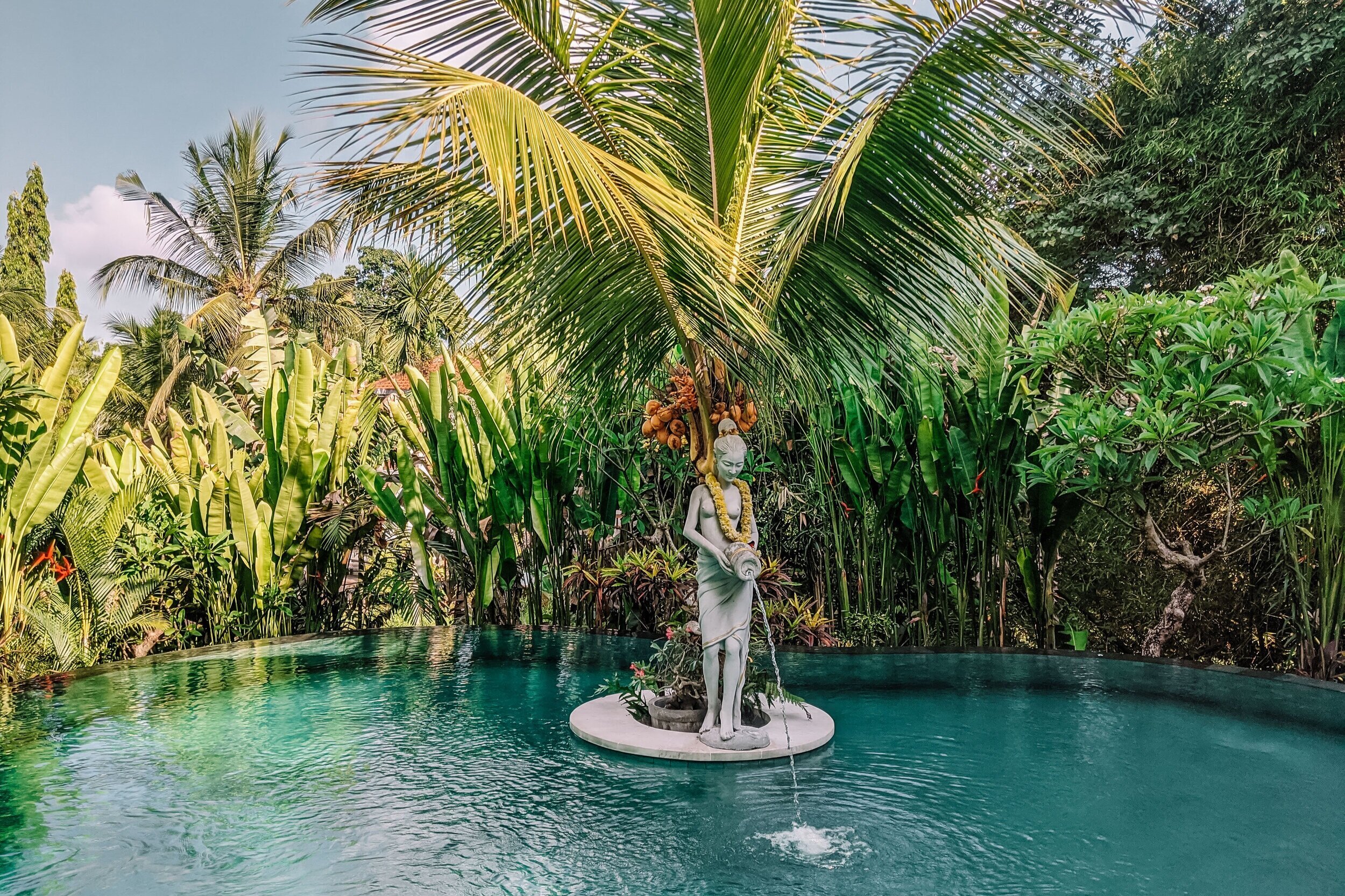 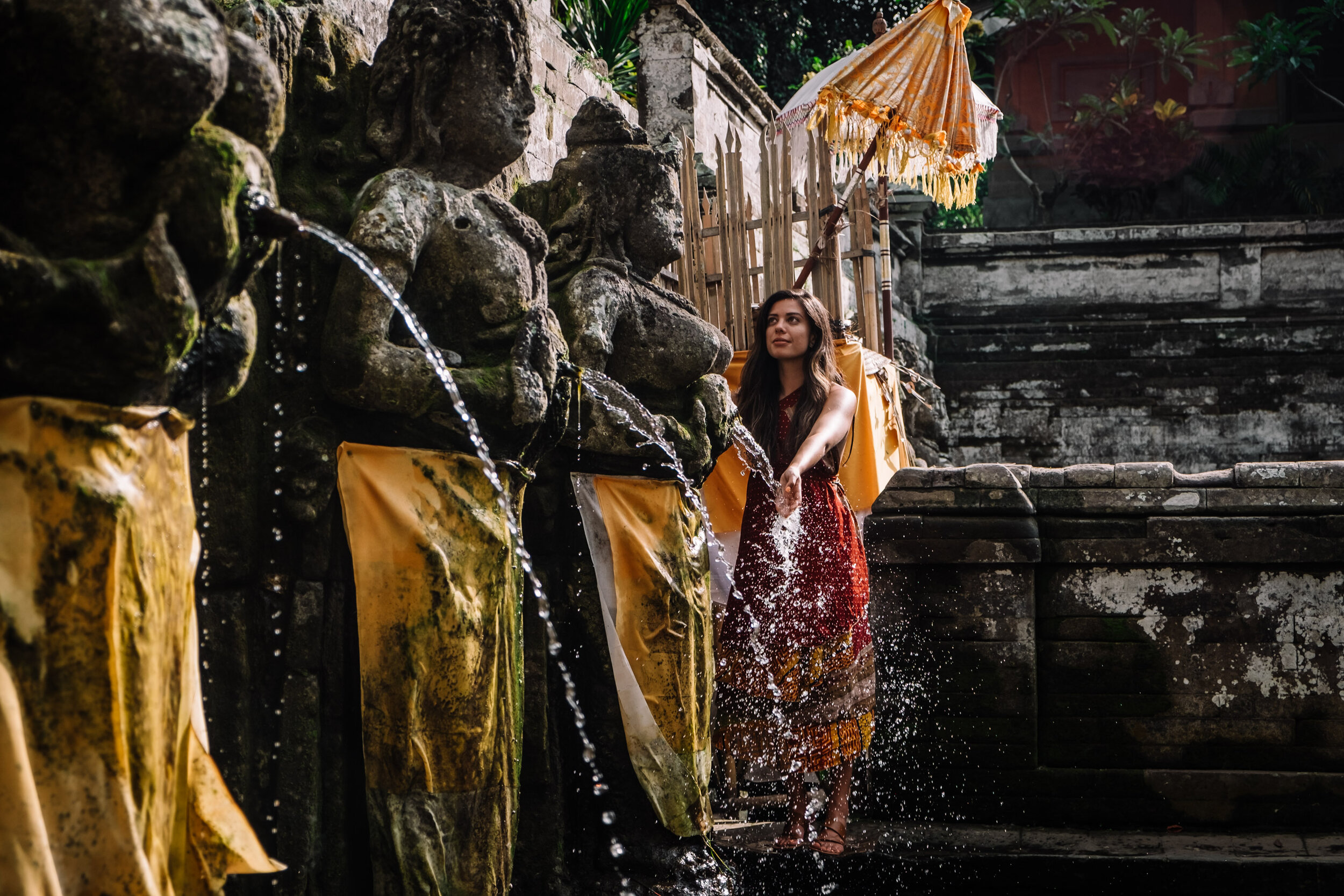 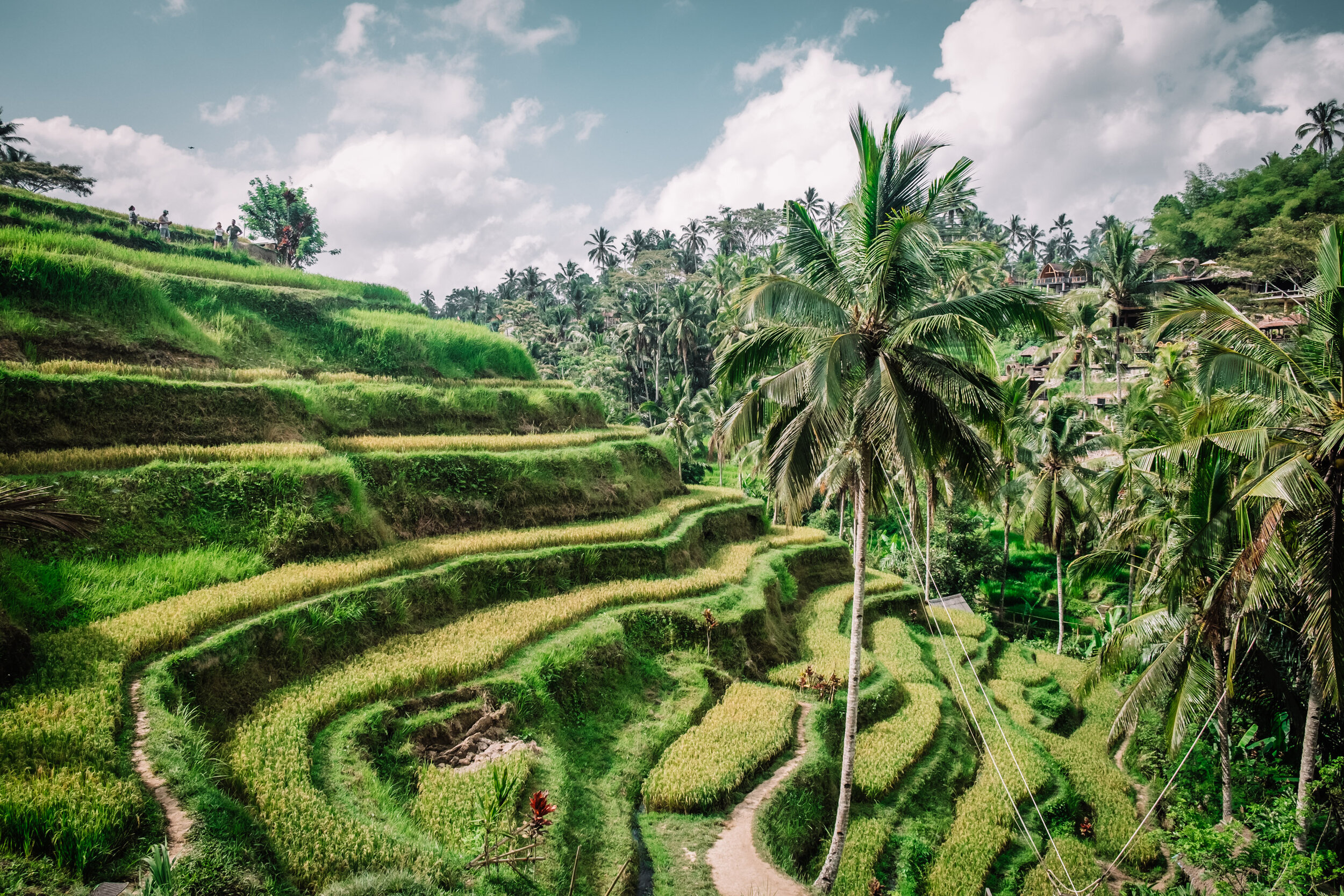 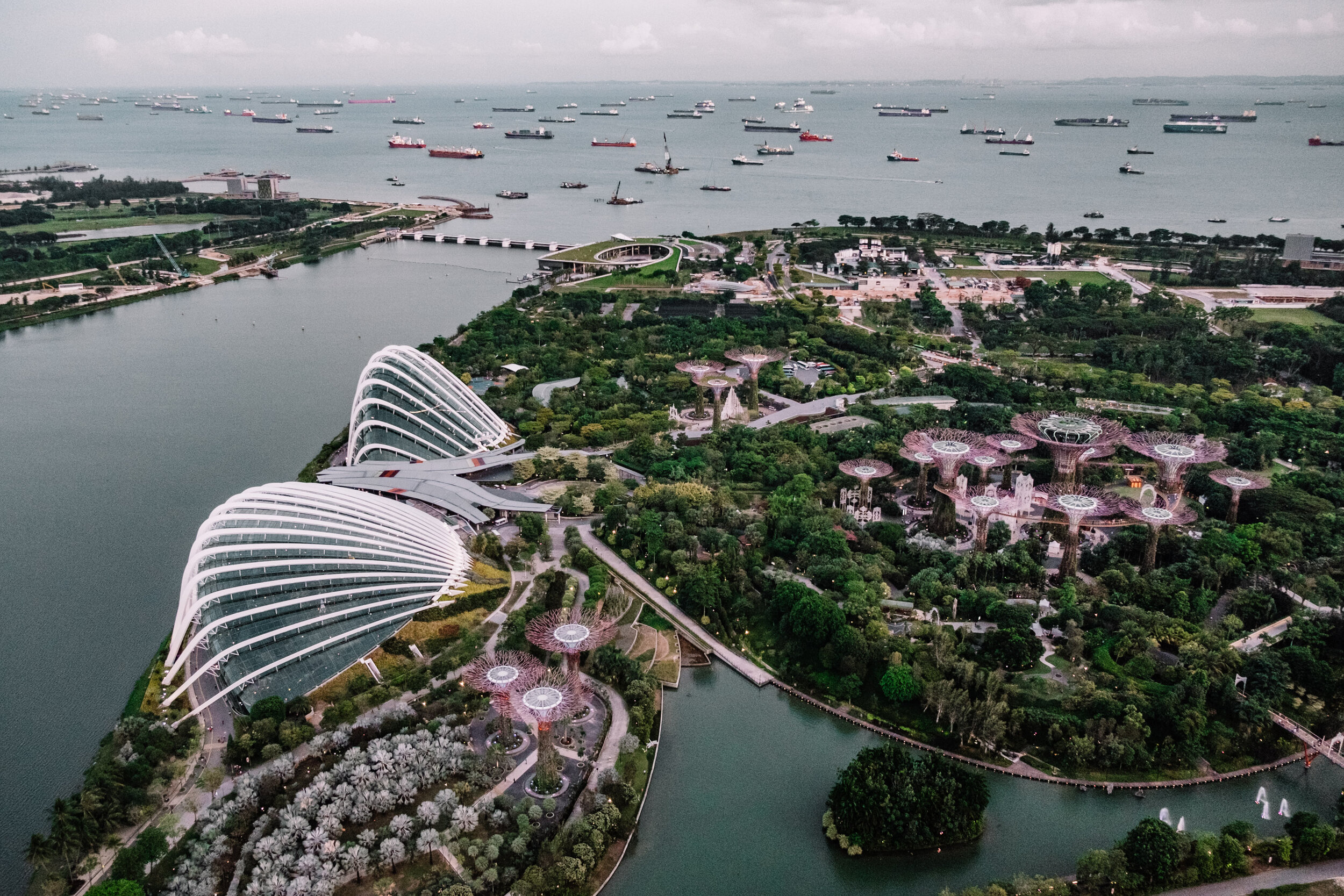 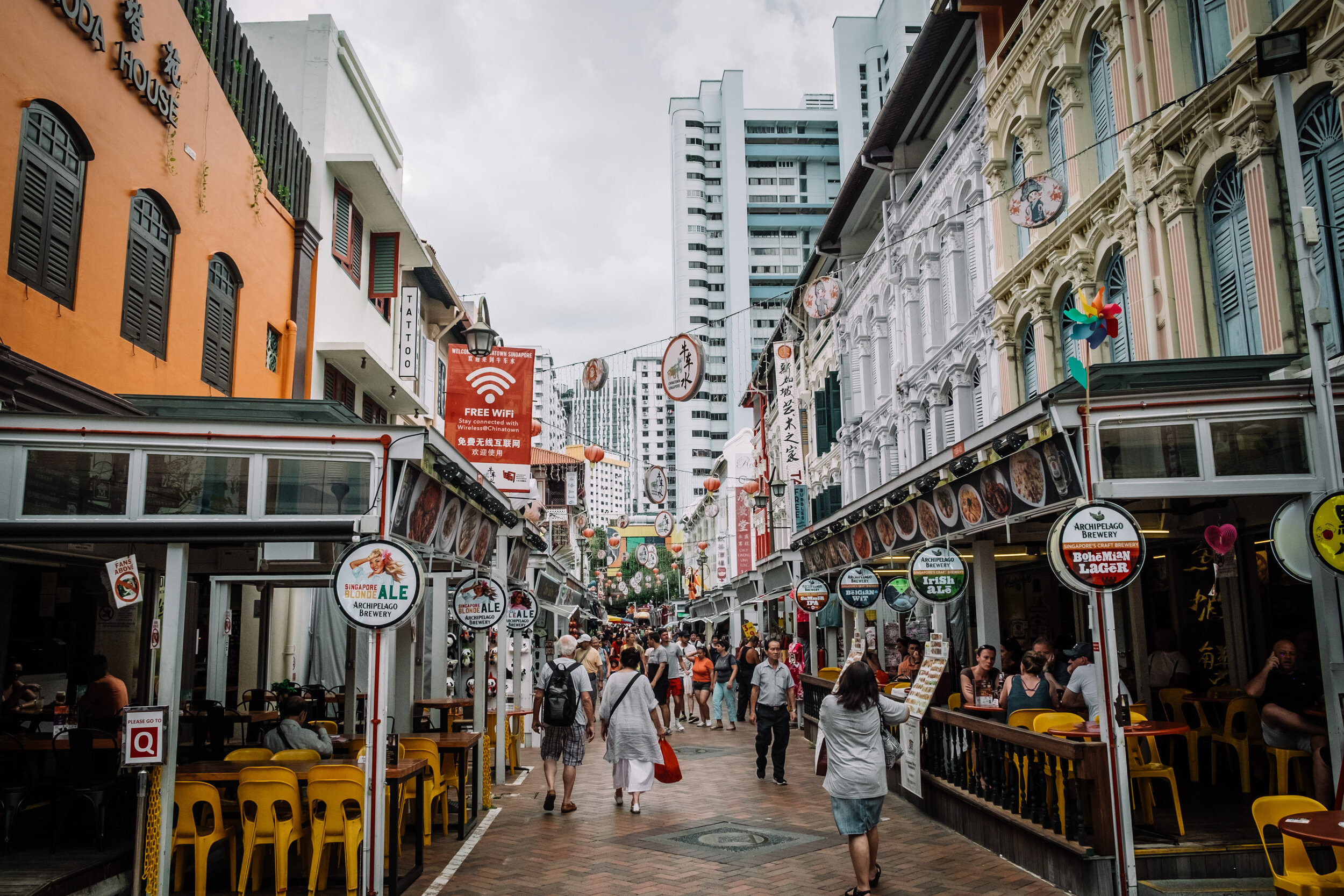