Road Tripping From Phoenix to Sedona: 5 Stops To Make Along the Way

Driving around Arizona has to be one of the best visual feasts there is. And, you don’t even have to go very far to see some pretty incredible things! Take Phoenix, for example. In the short 2-hour drive from Phoenix to Sedona, you are rewarded with a view that quickly shifts from cityscapes, to saguaro-lined hills, to miles and miles of desert brush, and finally, seemingly out of nowhere, to a cascade of red rocks, each one bigger than the next and emerging from the landscape like crawling giants.

It’s been said that this drive is even more visually stunning than Route 66 (I’ll let you decide).

But what is a road trip without some fun stops along the way? Despite the brief 2-hour stint in the car (or camper van, if you fancy!), there are so many fascinating, beautiful, and even very, very random places worth exploring. Here are 5 stops worth making along the way to Sedona from Phoenix.

Road Tripping From Phoenix to Sedona: 5 Stops To Make Along the Way

A self-proclaimed “great wonder” of Arizona, Rock Springs Cafe is the oldest independently owned restaurant still operating in the state. But, the novelty alone isn’t what makes this a worthwhile pitstop. Oh no. It’s the legendary pies!

Banana cream, blueberry, key lime, cherry, apple bourbon, rhubarb, pecan, you name it. After some time driving with seemingly nothing in sight, signs for Rock Springs seem to pop up out of nowhere, right when you could use a pick-me-up. Pull over and grab a slice of pie and a cup of coffee and I don’t think you’ll be sorry you did! I had their banana cream (my favorite) and it sincerely tasted like nostalgia mixed with sweet, sweet creamy goodness bundled up in every bite.

I’m a little obsessed with the pie part of this stop, but I should mention that they also have a restaurant that is open for non-pie-related breakfast, lunch, and dinner.

My best friend who lives in Scottsdale recommended that I stop at Arcosanti on my way to Sedona. In short, Acrosanti is an experimental community founded on the concept of arcology – the science of combining the environment with the structures we need for survival. In theory, a community built on the foundation of arcology would allow humans to coexist in harmony with nature. The community, developed in the 1970s by Italian architect Paolo Soleri, almost looks like it should have been a set from a sci-fi movie. The buildings are rounded, there are geometric shapes and circular windows dotting the exterior walls, the colors used are a mix of rust and grey and off-white. It’s equal parts inviting and a bit eerie, like it’s been untouched for years. Because in a way, it has. Arcosanti is the future-thinking city that has yet to reach completion, even after more than 40 years since the project began.

Interesting stuff, right? Today, Arcosanti actually still stands as a model for what arcology could be – communities focused on sustainability and harmony with their surroundings. More than 50,000 people visit Arcosanti for a tour, an overnight stay, or a workshop on arcology every year. If you stop by, definitely check out Arcosanti’s famous Soleri bells on display (you can purchase one too, if you want).

Arcosanti is open daily from 9 am - 5 pm. Visiting is free, but taking a 1-hour tour (which is offered throughout the day at every hour except noon) will cost you $15/person.

Curious about what high-rises looked like a couple centuries back? Look no further than Montezuma Castle National Monument, located just 95 miles north of Phoenix and perfectly situated along the route to Sedona. Montezuma Castle is actually a misnomer – the structure has nothing to do with Montezuma and it’s definitely not a castle. But, it is one of the most well-preserved cliff dwellings in the entire continent. Dating back to the 12th century, Montezuma Castle was built by the Singaua tribe as part of a larger community that they called home before eventually migrating away from the area. The structure that remains consists of a 20-roomed dwelling that likely housed several families at once. While you can’t go inside the structure, you can get a nice up-close view of the dwelling while exploring the short trail that loops around the area.

This is a cool stop if you want to learn more about Arizona’s past. The trail leading to the monument is short so unless you are planning to stop here for a picnic, you probably won’t need more than 30 - 45 minutes to explore.

The monument is open daily from 8 am - 5 pm. Entrance is $10 per person, or free if you have a National Parks Pass.

I didn’t expect there to be a wine trail outside of Sedona, but there is, and it’s growing larger by the year! The Verde Valley Wine Trail currently spans 450 square miles, and cuts straight through Cottonwood, the small city (population 12K) just outside of Sedona. The wine trail here doesn’t carry the same poshness that precedes other more famous wine-centric destinations like Napa. Instead, it reminded me a bit of Valle de Guadalupe down in the Baja – relaxed, unassuming, and very much just about gathering together over an interesting glass of wine.

Wineries and Tasting Rooms to Visit on the Verde Valley Wine Trail:

Who doesn’t like a good ghost town stop on a road trip out west? Jerome ticks all the boxes on that list. If you haven’t heard of Jerome, this town was actually one of the richest cities in the entire country back in its heyday. Just over a century ago, Jerome was the largest producer of gold, copper, and silver in the state, and was home to more than 15,000 residents who flocked to the area to make a name for themselves. Today, Jerome is the largest ghost town in the country, and less than 500 people call it home. Stop by to visit one of the town’s many museums, landmarks, historic hotels, or bars for a quick journey back in time.

Places to Visit in Jerome:

Save This! Your Phoenix to Sedona Road Trip Map:

Which of these stops will you make on your road trip from Phoenix to Sedona? Tell me in the comments below! 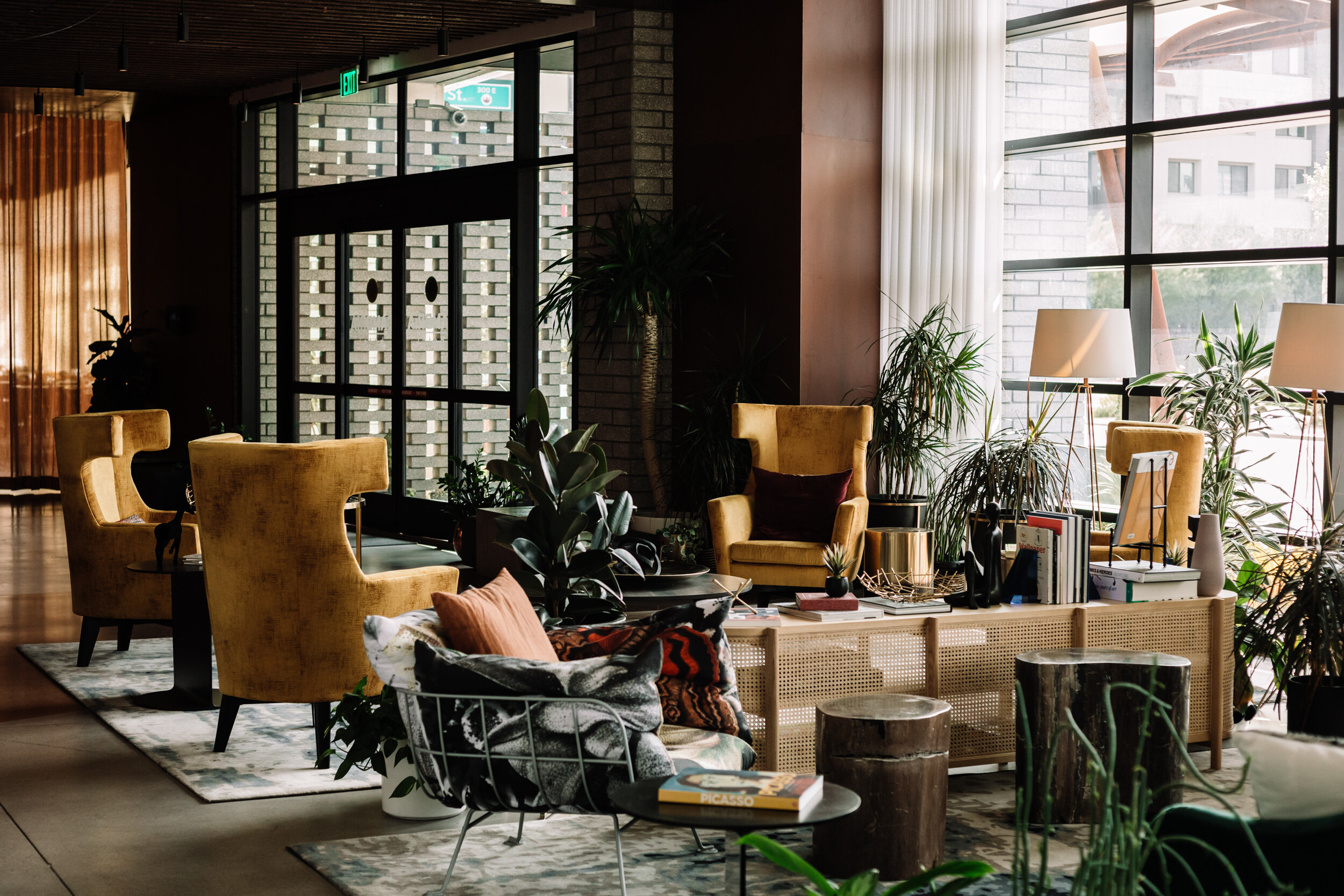 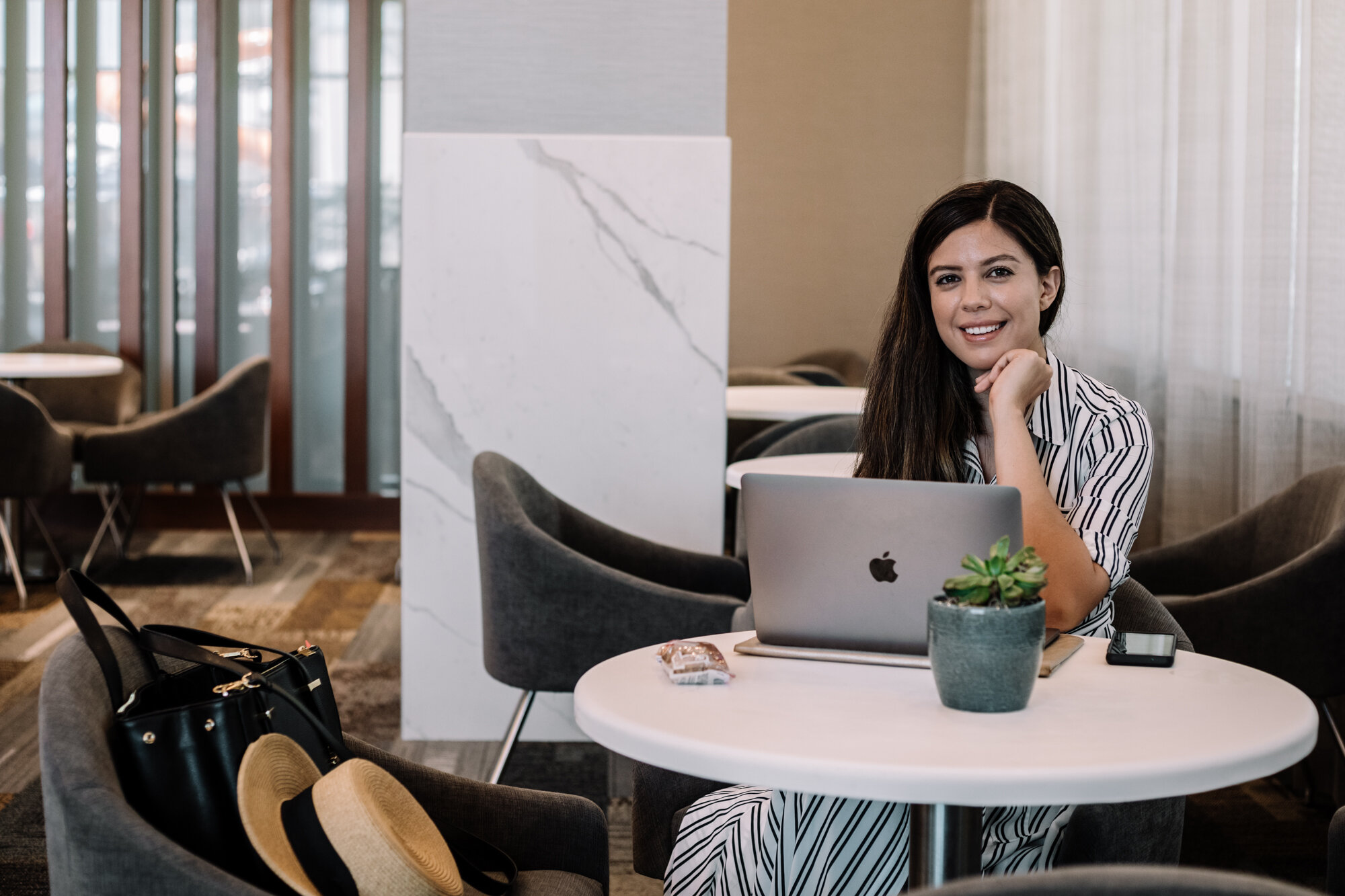 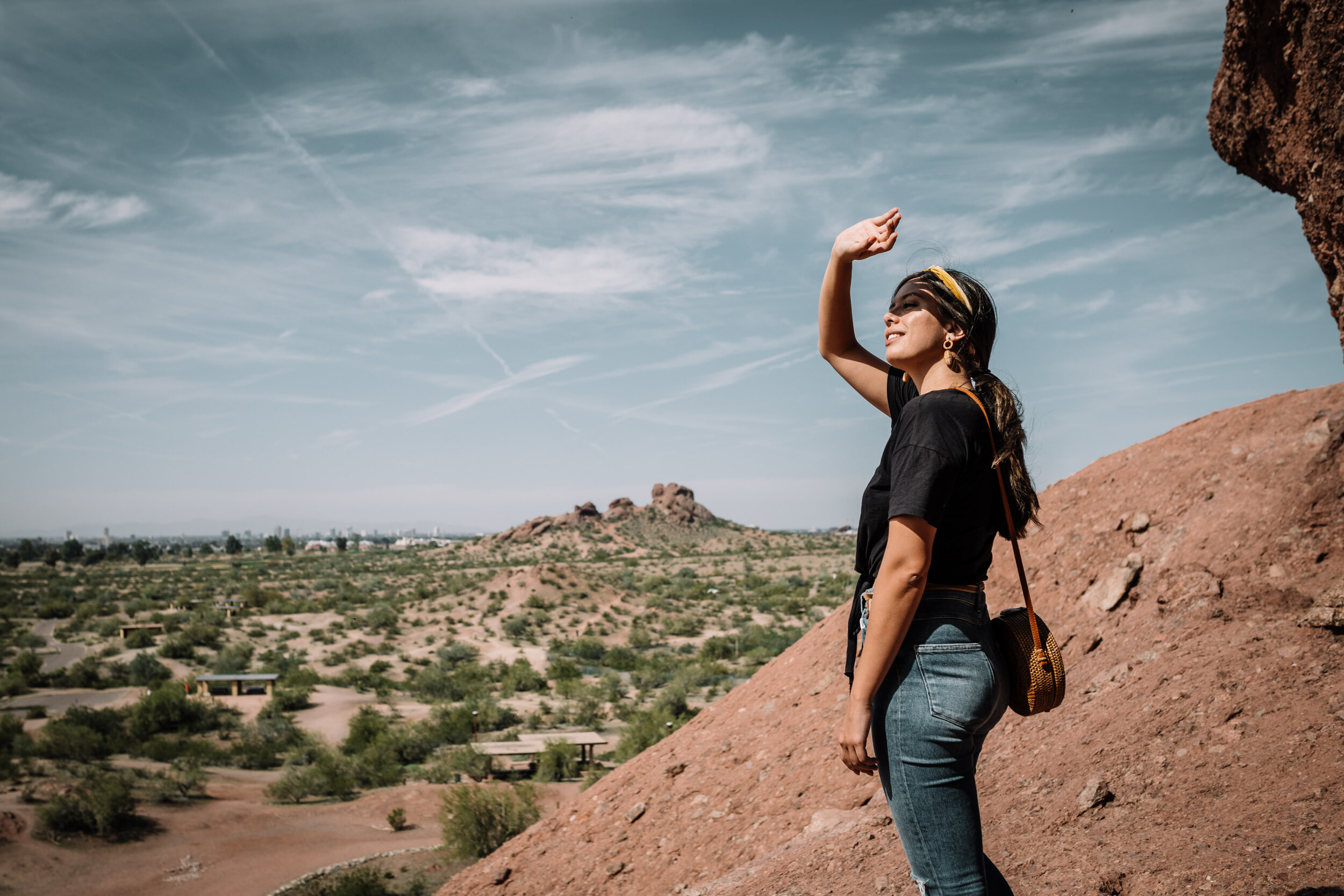 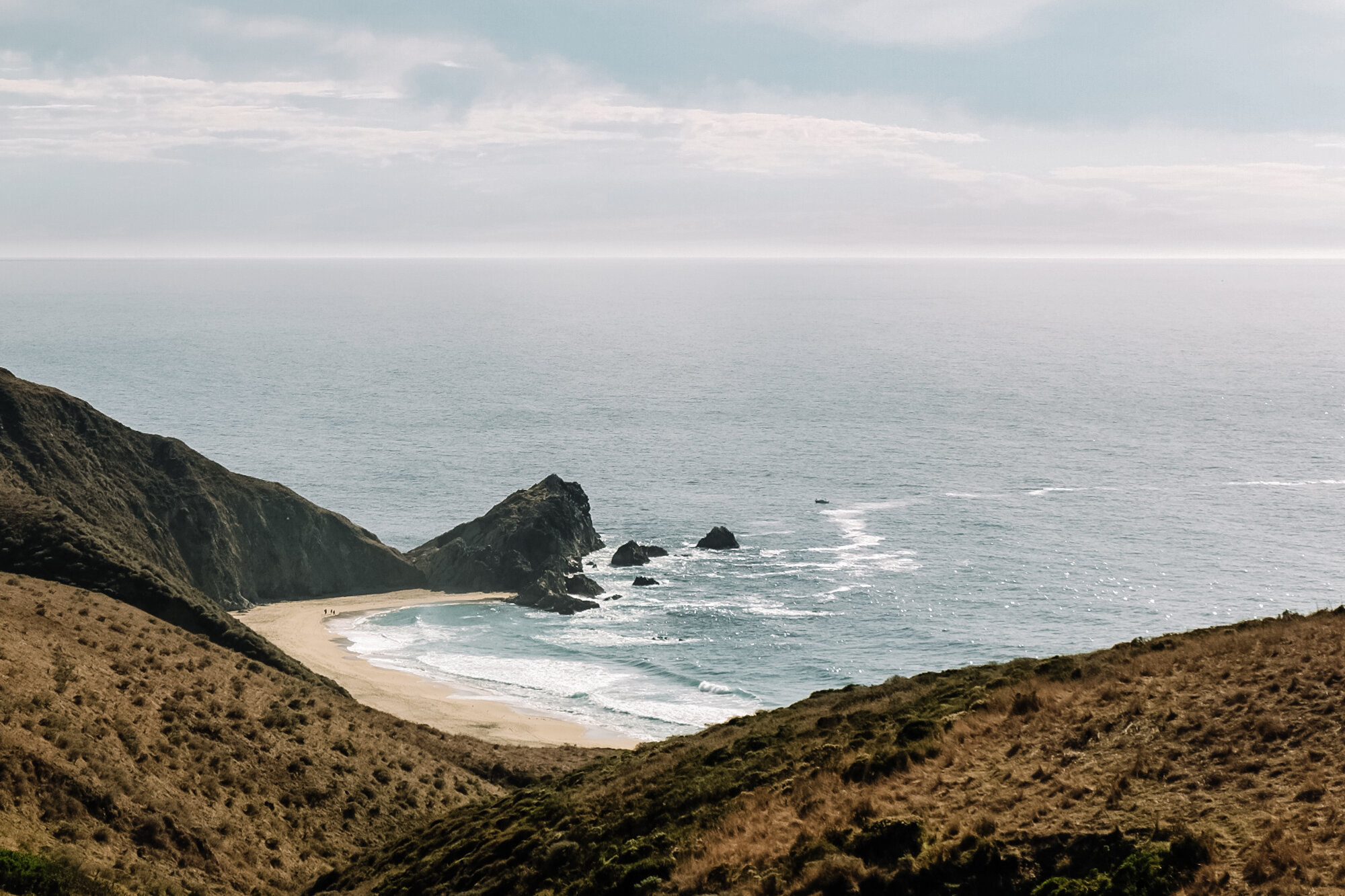 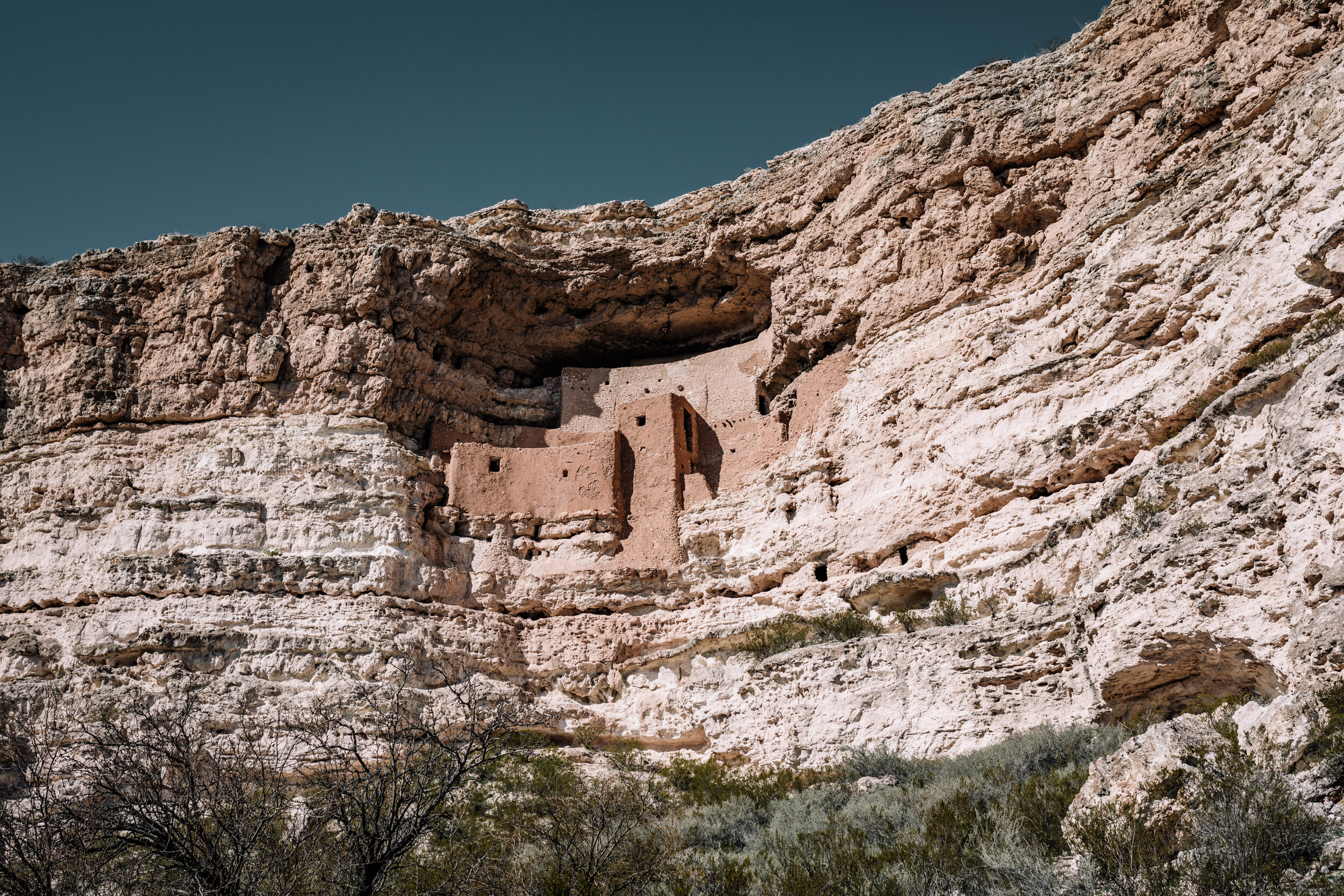 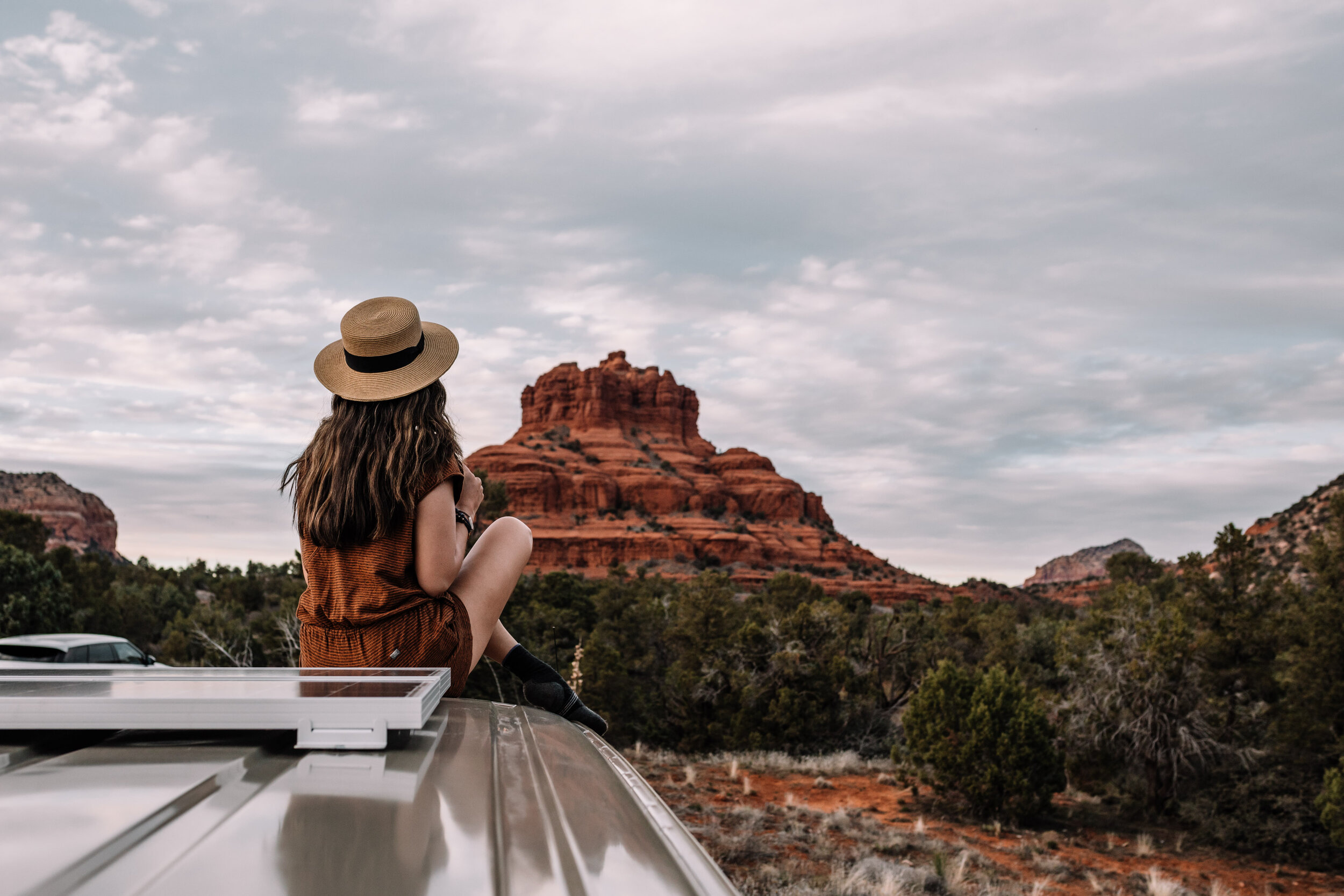 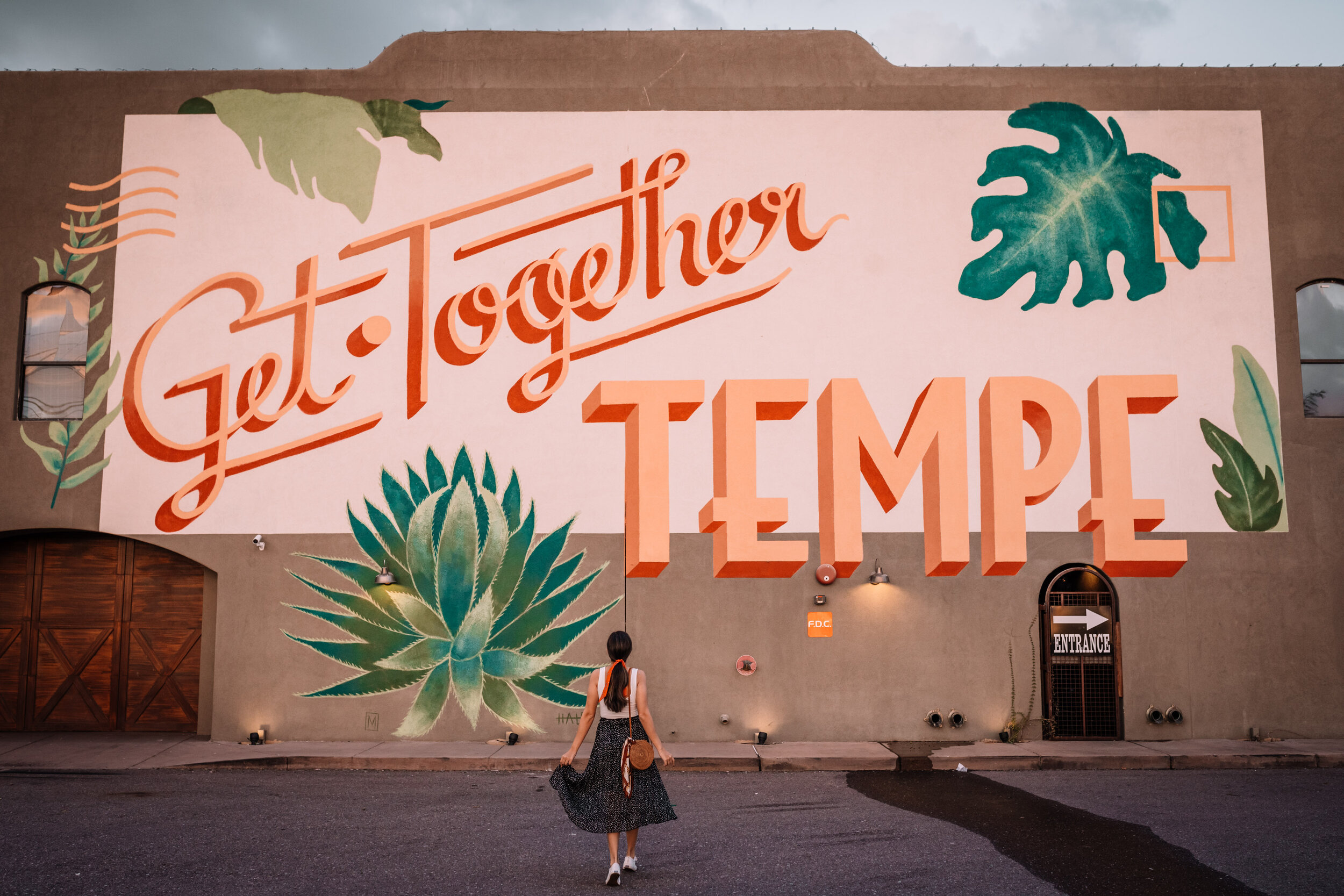 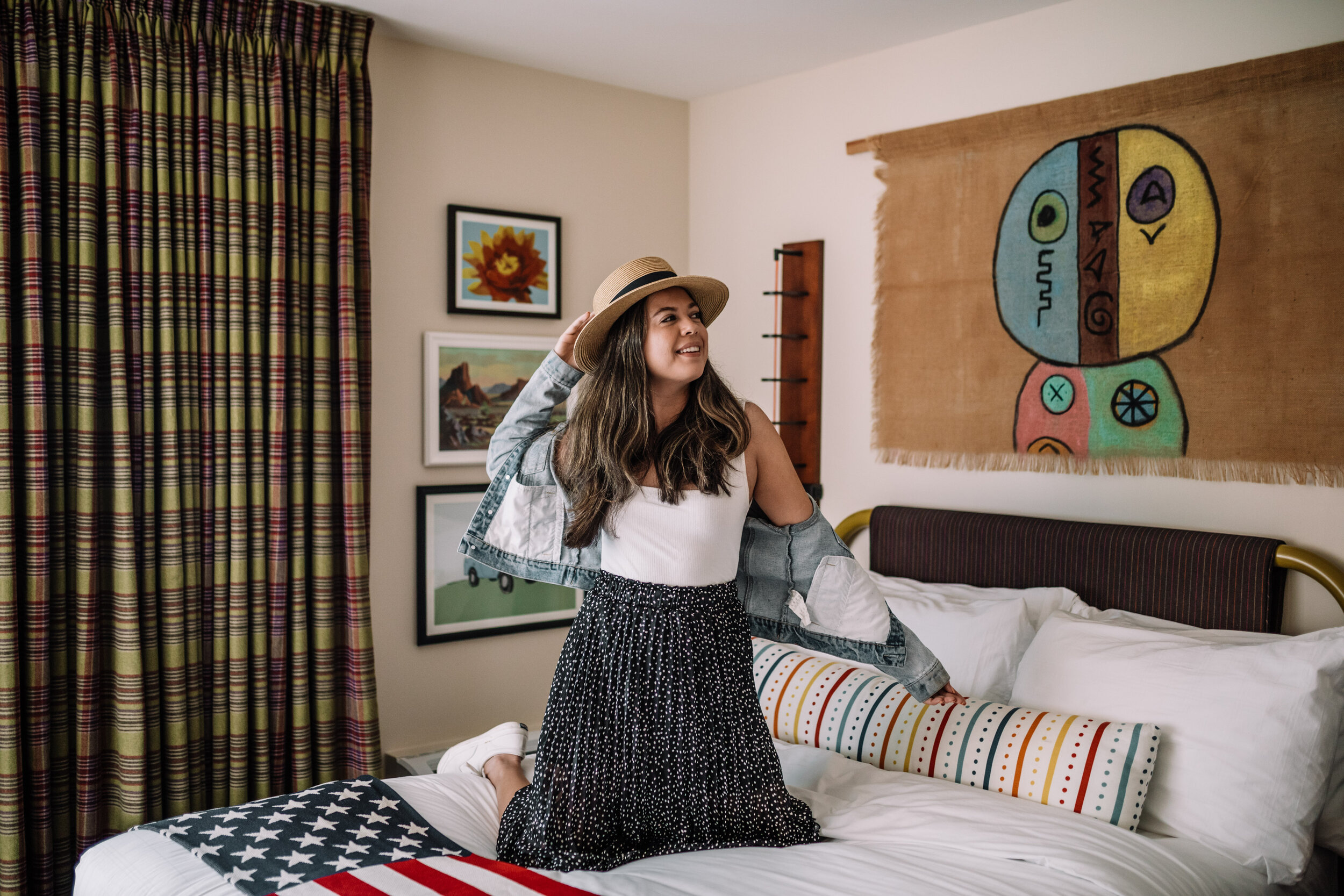 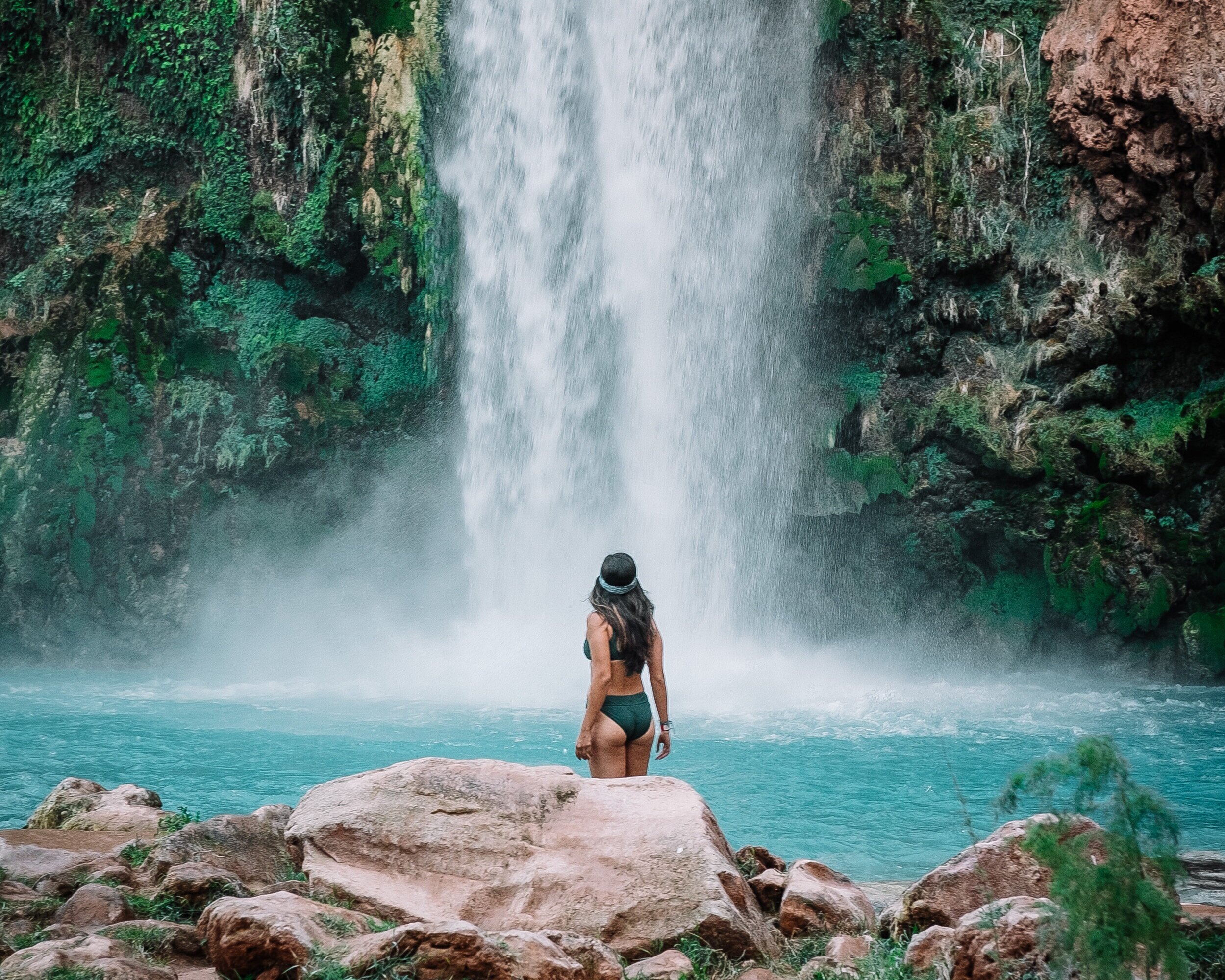 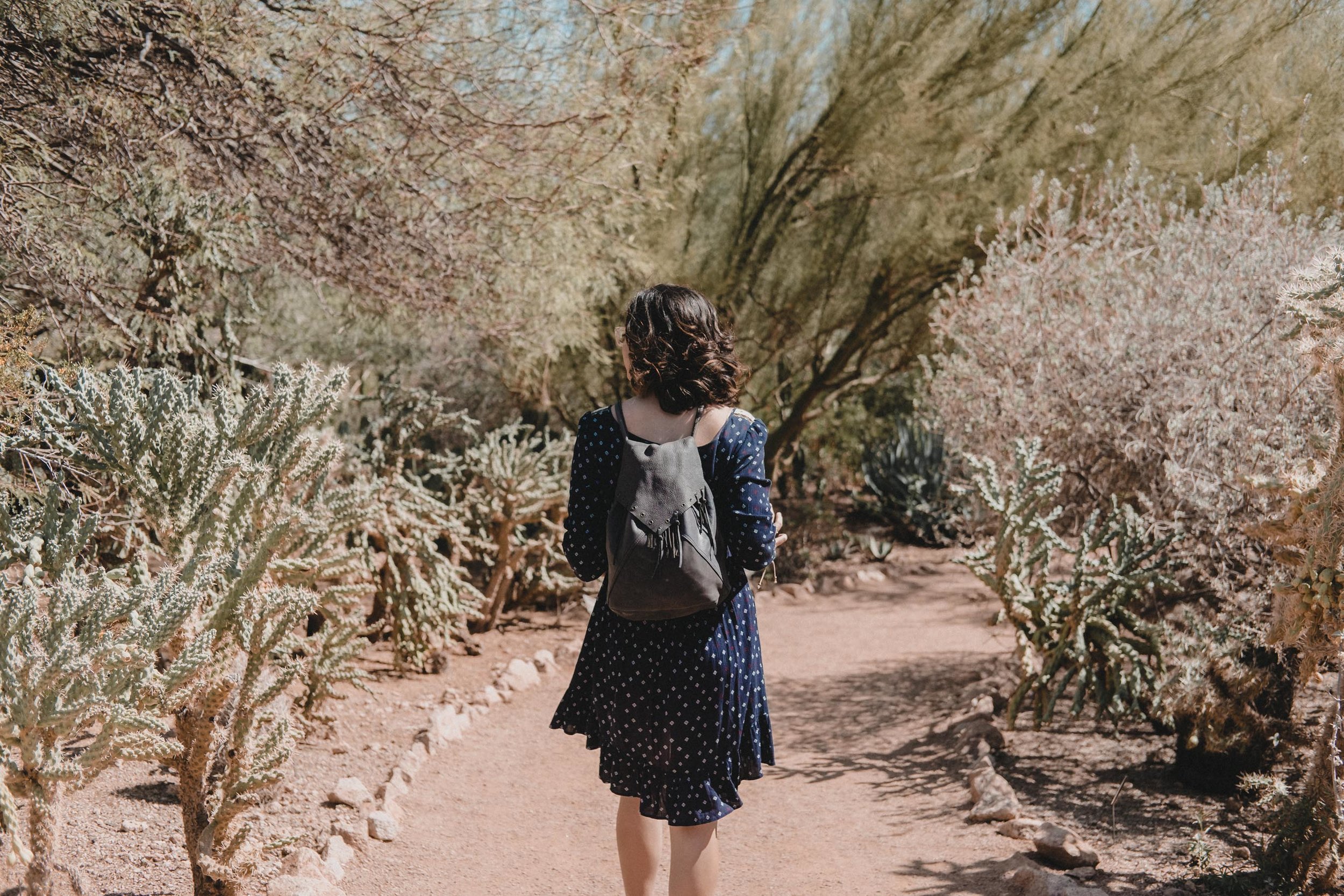