A 3 Day Guide to Merida, Mexico

On the opposite end of the Yucatán Peninsula from the famous resorts and beaches of the Riviera Maya, Merida is a colonial city that is a fascinating and worthwhile destination in itself. If you love good food, culture, history, and mesmerizing city centers, spending 3 days in Merida will offer you all that and more!

What I really appreciate about Merida is how livable and comfortable the city feels, even if you’re just visiting the Yucatán for the first time. While you could easily spend several weeks here, I found that 3 days offered enough time to get the lay of the land and sample the best of what Merida has to offer.

RELATED: Everything You Need to Know Before Visiting the Yucatán

A 3 Day Guide to Merida, Mexico

Merida’s historic city center is one of the biggest draws to any visit, so plan on starting your 3 day trip by getting acquainted with the city and exploring it on foot! Merida is one of a handful of colonial cities in the Yucatán Peninsula, and it’s famous for its colorful buildings, European-style architecture, wide walkable streets, and lively plazas. Spanish conquerors first arrived in the 1500s, and converted the area into a new civilization named after Merida, Spain. Before the Spanish arrived, though, the city was known to the Maya people as T’ho, and fortunately (though many structures and cultural artifacts were destroyed and repurposed during colonization), Maya culture still prevails in the city’s culture, traditions, food, and people.

For a brief time in the 1800s, the Yucatán was actually an independent nation with Merida as its capital. While the Yucatán ultimately rejoined the rest of Mexico during the Mexican-American War in 1846, Merida continues to this day to serve as the peninsula’s cultural and financial capital. It is one of the largest historic districts in the Americas, along with Mexico City and Havana.

Today, Merida is actively in the midst of a renaissance, and many of the old historic buildings are being restored. So, you’ll find a good mix of restored and aging facades, each with its own history and stories to tell. It’s a mesmerizing place to get lost in and deserves your entire first day to explore!

Also known as the main plaza or the zocalo, Merida’s Plaza Grande is one of the nicest and most charming in the entire country. Here, you’ll find wide promenades, ample park benches, perfectly manicured trees and shrubs, one of the city’s colorful “Merida” signs, and tons of attractions to kickstart your Merida itinerary. Nearly every evening, you’ll find something happening here too, from dancing to live music and markets.

TIP: If you need to make a call or check directions, you can rest easy here – more than 50 parks and plazas in Merida are equipped with free WiFi, including Plaza Grande!

Next to Plaza Grande, you can’t miss the massive Cathedral of Merida (also known as the San Ildefonso Cathedral). Built on a central site of Mayan ruins from T’ho, the cathedral is the only one in all of the Americas to have been built and completed entirely in the 1500s. It’s free to enter and explore, and inside you’ll find a large crucifix – Cristo de la Unidad – which is supposed to symbolize the coming together of Maya and Spanish settlers here in Merida.

Opposite the cathedral, the Governor's Palace is home to the Yucatán’s government offices. Built in the late 1800s, this rectangular building features gorgeous arches, massive halls, and beautifully ornamented decor that transports you back in time. For a great perspective of the Plaza Grande and the cathedral, head to the second floor balcony!

The city’s town hall, Palacio Municipal, is a stunning building with pink walls and high archways dating back to the 16th century. It is free and open to the public every day except for Saturday and Sunday afternoons. Here, if you prefer a more guided overview of Merida’s city center, you can actually take a tour! The Merida tourism office, which is located in the Palacio Municipal, offers a free daily walking tour (about 1.5 hours long) departing at 9:30 am.

About 30 minutes from the Plaza Grande on foot, you’ll find Paseo de Montejo, otherwise known as the neighborhood for the most wealthy and famous of Merida’s residents back in the day. Around the late 19th and early 20th centuries, the state of Yucatán saw a big economic boom thanks to the growing importance and export of henequen (a type of agave plant). Because of this, a number of Yucatecan merchants became incredibly wealthy during this period and set off to Merida to build beautiful European-style mansions for themselves and their families. The biggest concentration of these homes can be found on Paseo de Montejo.

This wide, gorgeous boulevard akin to Champs-Elysees in Paris is lined with tall trees and lavish mansions on either side. There are a number of awesome places to see and experience along the way while exploring Paseo de Montejo, including a couple of well-preserved mansions you can actually enter and explore!

In addition to the boulevard’s mansions and landmarks, you’ll also find some shops, restaurants, and cafes along the way. I personally loved stopping at Dulceria Y Sorbeteria Colon, where I had some of the freshest, sweetest dragonfruit and passionfruit sorbet of my life. For coffee and a bite, check out Marago Coffee or Cafeteria Impala – both are good for people-watching.

TIP: In total, Paseo de Montejo is about 2.3 miles (3.7 km) long, so plan on spending the entire afternoon here strolling around and taking it all in!

Day Two: Take a Day Trip to Uxmal and Enjoy Merida at Night

Merida is in a prime location for visiting some of the Yucatán’s Mayan ruins. There are so many in this particular region in Mexico, and according to archaeologists and Maya historians, only a small portion of ruins in existence have been discovered or made accessible to the public. There are supposedly countless more structures, sites, and civilizations yet for us to even know about!

But, one of the sites we do know about for sure is Uxmal. Uxmal has been my favorite Maya city to visit so far, and I’m sure it will leave you speechless, too. For that, I’d say it’s well worth a half-day trip!

About an hour outside of Merida, Uxmal is an incredibly well-preserved and beautifully restored Maya city that has earned itself the designation of UNESCO World Heritage Site. One key differentiator between this site and the more famous Chichen-Itza is that typically, Uxmal is less crowded and because of that, it feels much larger. There’s a lot to explore when you are here, so be prepared to spend at least two hours roaming around!

Uxmal was a powerful city and political hub in this area of Maya civilization in the 8th and 9th centuries, and generally remained prominent until the Maya peoples ran out of a consistent water supply and abandoned the area (shortly after, Spanish colonizers arrived). What struck me the most about Uxmal was how magnificent and clean-cut some of the structures were. The Pyramid of the Magician, which is the first structure you’ll see when you enter the grounds, is an architectural masterpiece.

The best way to get to Uxmal is to...

Nightlife and Entertainment in Merida

Once you’re back in Merida, you’ll want to take in some of Merida’s incomparable nightlife. And, I’m not just talking about clubs. From dancing, to street performances, to night markets, Merida’s after-dark scene is truly in a class of its own.

For a cool bar or club, wander into Mambo Club (for dancing), La Negrita for drinks and snacks, El Cielo Lounge for a trendy scene, or Mezcaleria La Fundacion if you’re into mezcal.

To see some great street performances, nightly festivals, or just to find out what’s happening around town, your best bets will generally be between calle 57 - 61. You’ll find the Teatro Peon Contreras here which often bring in performances from all over the world. Also, wandering past any park or plaza in the evening might surprise you with a fun event or performance!

Day Three: Spend the Morning in Izamal and Stroll Merida’s Many Museums

While Merida is no doubt one of the most stunning and intriguing colonial cities in Mexico (in my opinion), it isn’t the only one! Another day trip from Merida that I cannot recommend enough is Izamal. Spend your third and final day exploring Izamal and then wandering through some of Merida’s museums to soak in all of the region’s impressive history, culture, and artifacts.

Also known as La Ciudad Amarilla (The Yellow City) and El Pueblo Magico (The Magic Town), Izamal is a small colonial town about an hour away from Merida that is instantly recognizable because of its bright, ochre yellow color. I’m telling you – the entire city center is all yellow! And it is truly a magic town.

Pueblos magicos are towns throughout Mexico that have a goal of preserving their special architecture, customs, and cultural histories. Izamal is just one of 120+ pueblos magicos in the country, each with its own unique story to tell. Izamal in particular was founded 2,000 years ago by the Maya. After the Spanish arrived in the 1500s, the town today has become somewhat of a intersection between Maya, Spanish colonial, and modern cultures. Today you’ll find Spanish architecture alongside pyramids side by side within the city center.

Whether or not it's your thing, I highly recommend taking a horse carriage ride around the city center to really take it all in. I took a carriage ride right before dusk and consider it one of the most magical ways to experience this magical town! Just outside of the famous church that symbolizes the center of the historic city – the Monastery of St. Anthony of Padua – you should have no trouble finding horse carriages parked alongside, waiting for visitors who’d like to be taken for a spin around town.

The best way to get to Izamal is to...

After a morning spent exploring Izamal, use the last couple of hours of the afternoon to explore Merida’s museums. There are many to choose from, but here are some of the most prominent:

RELATED: The Top Things to Do in Merida, Mexico

Where to Stay in Merida

Where to Eat and Drink in Merida

Ready to Go to Merida? 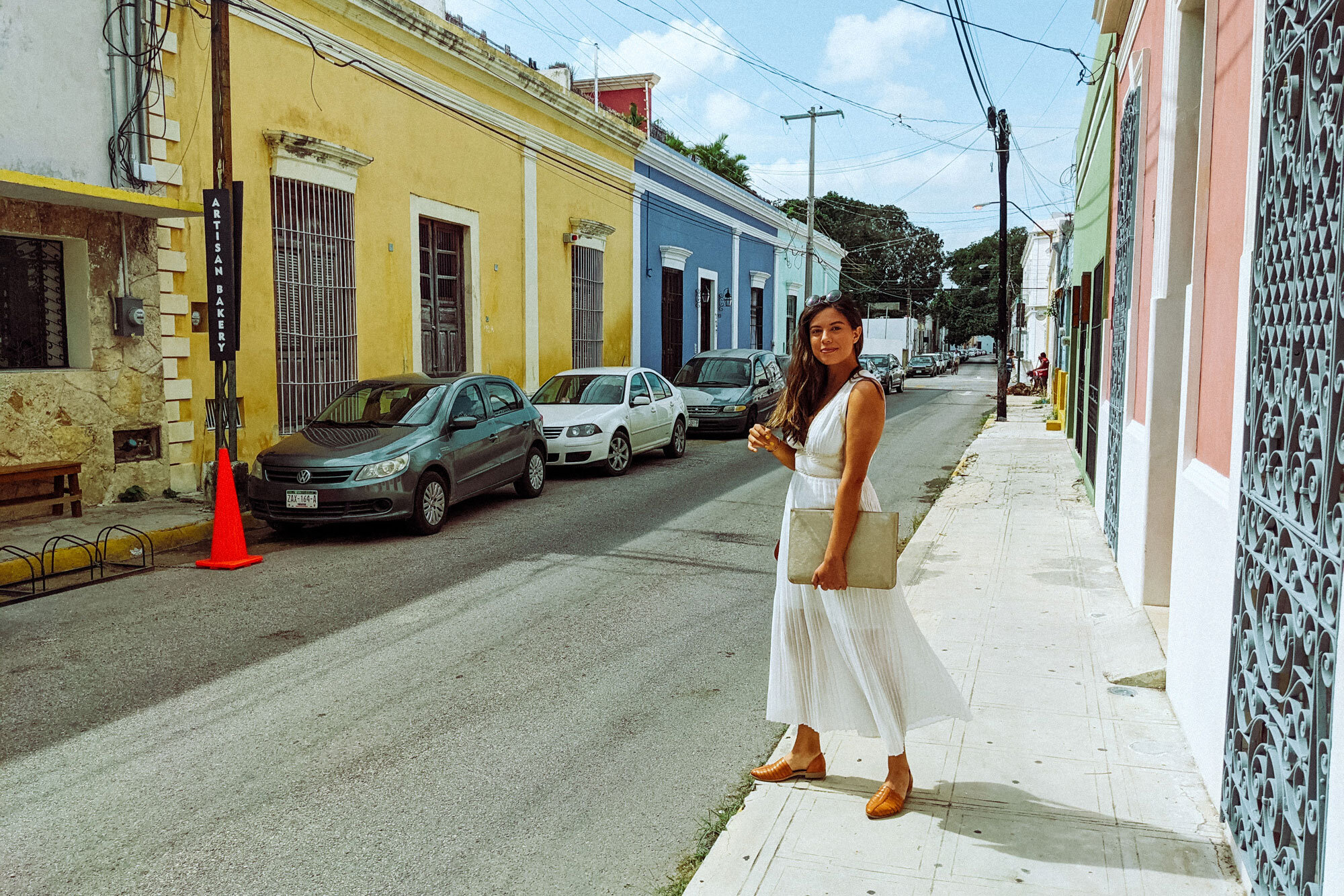 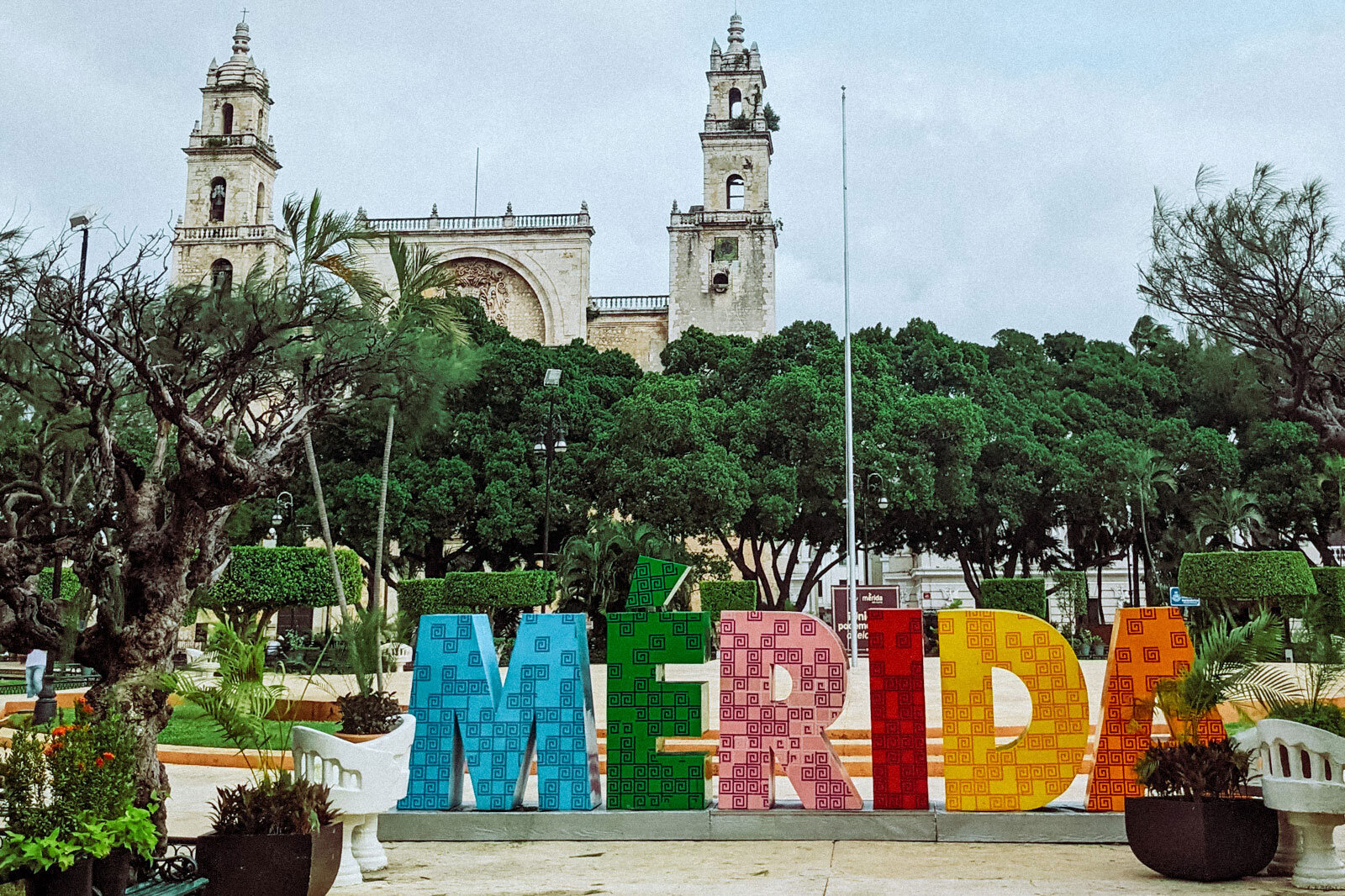 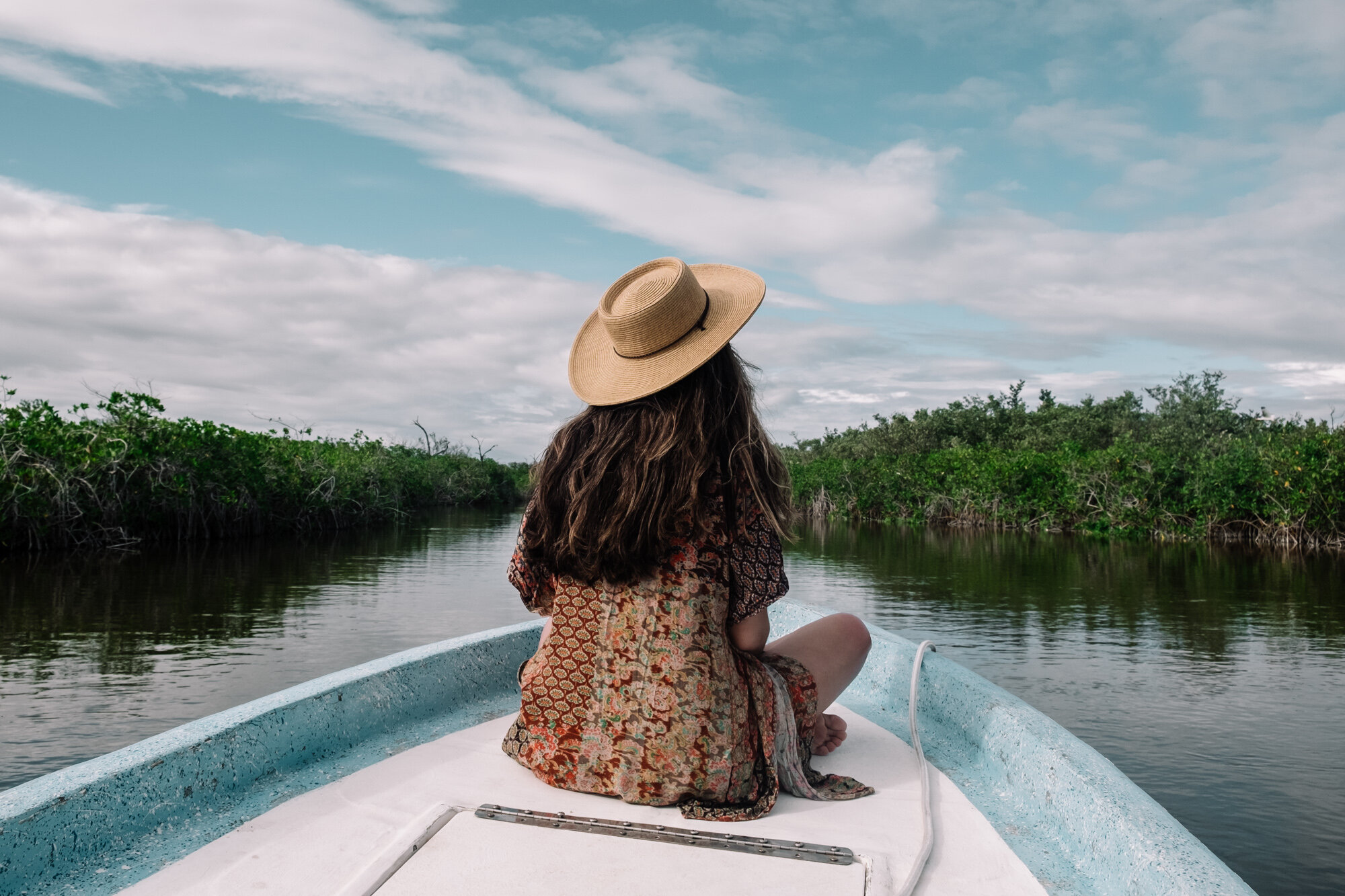 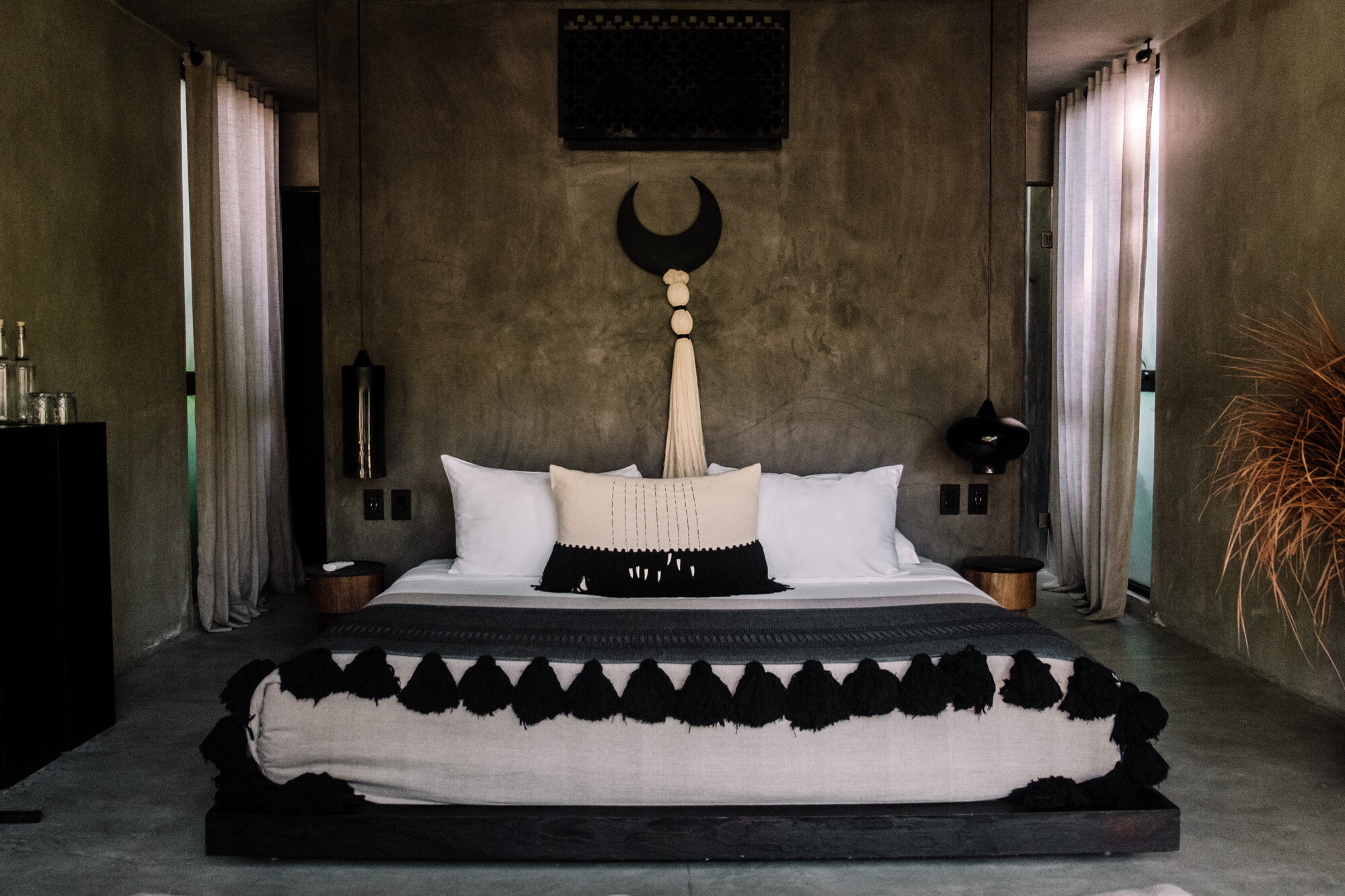 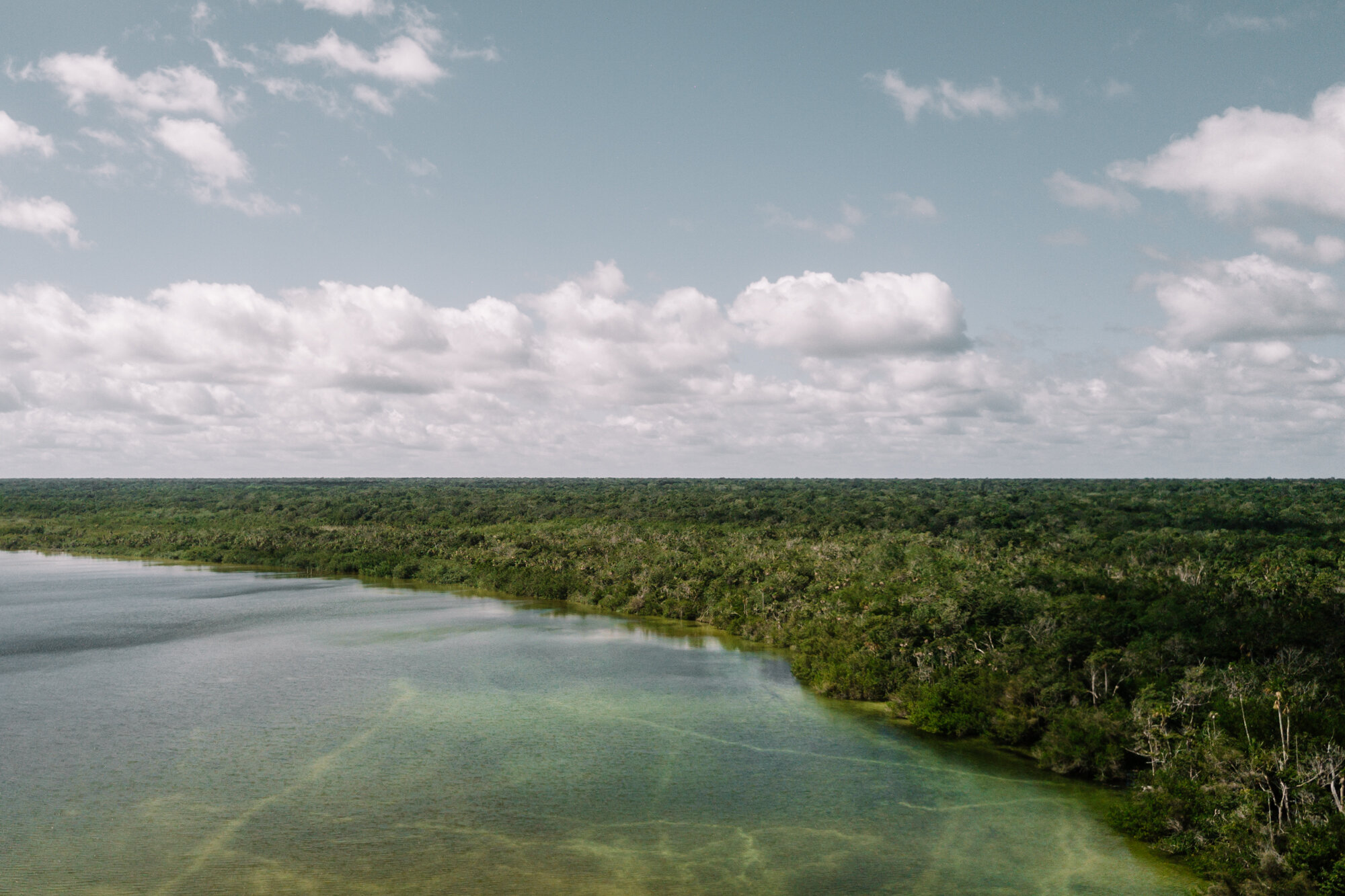 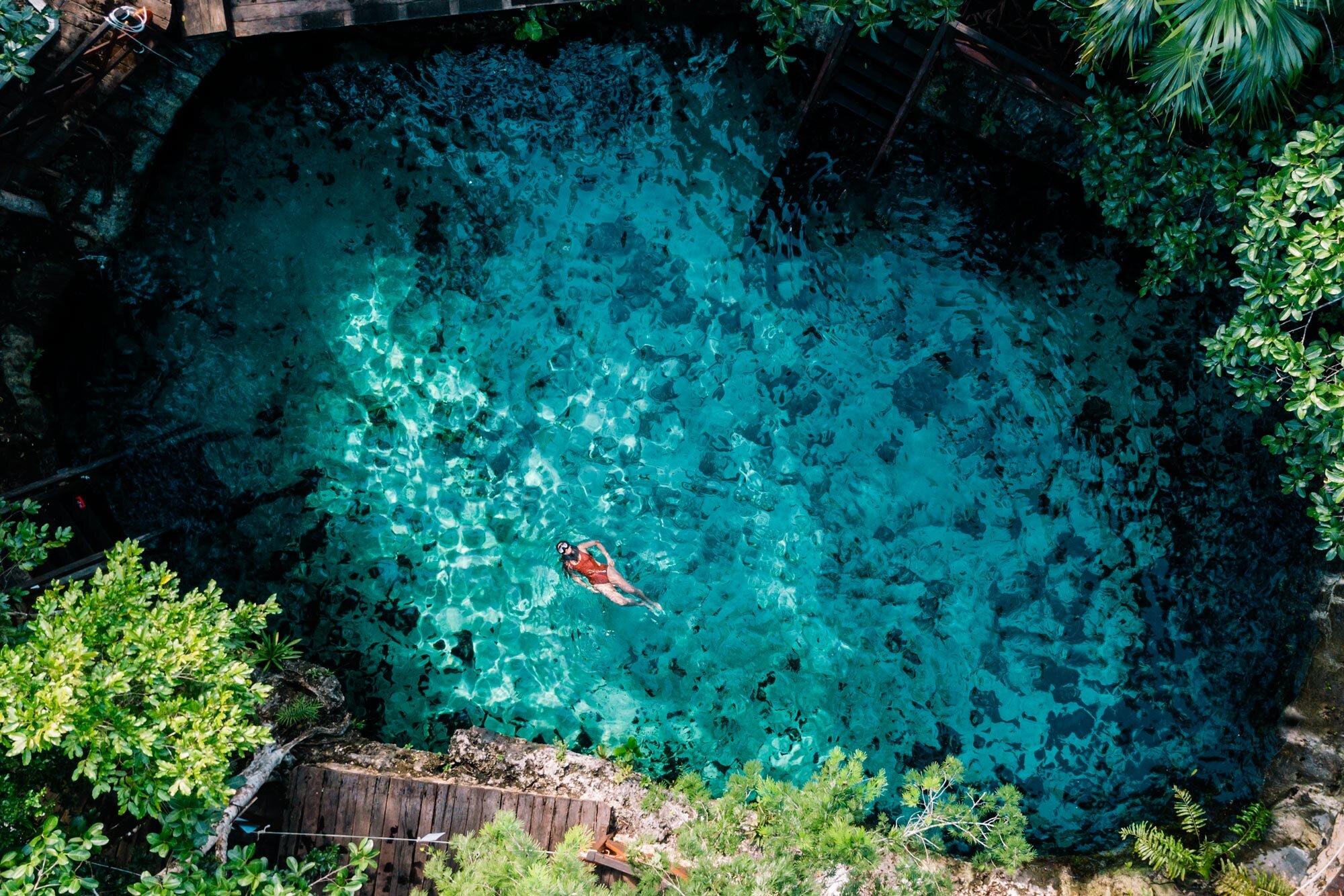 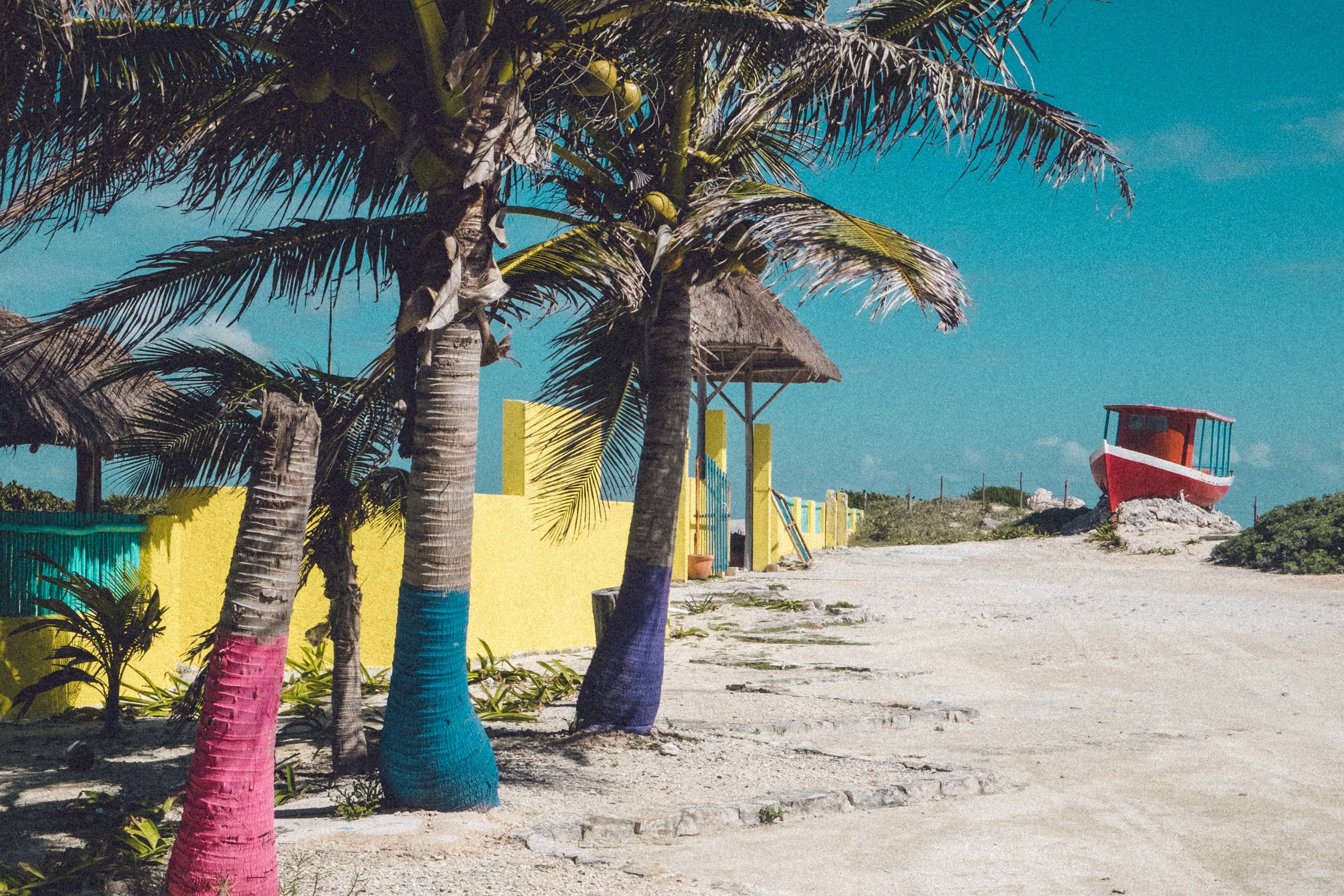 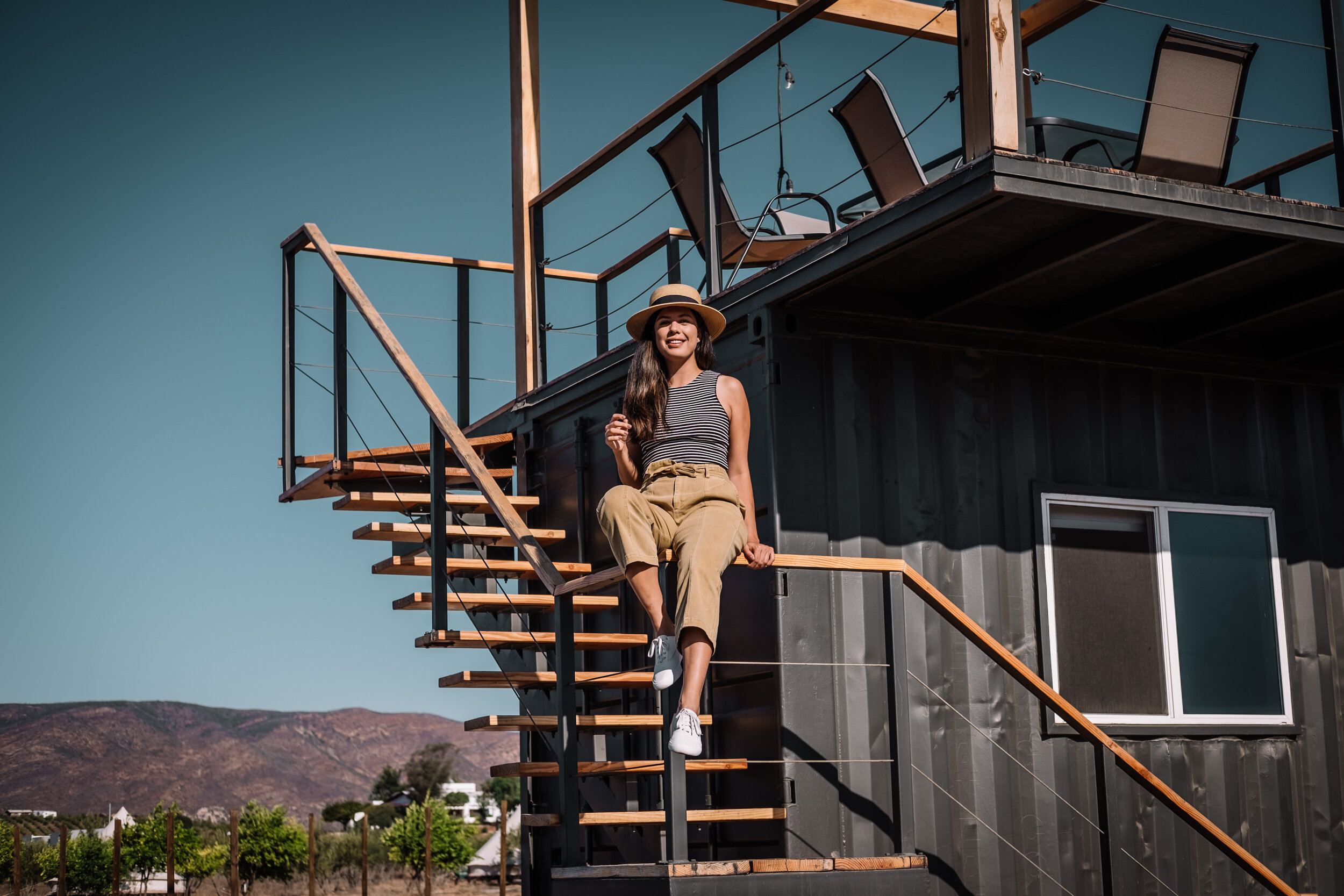 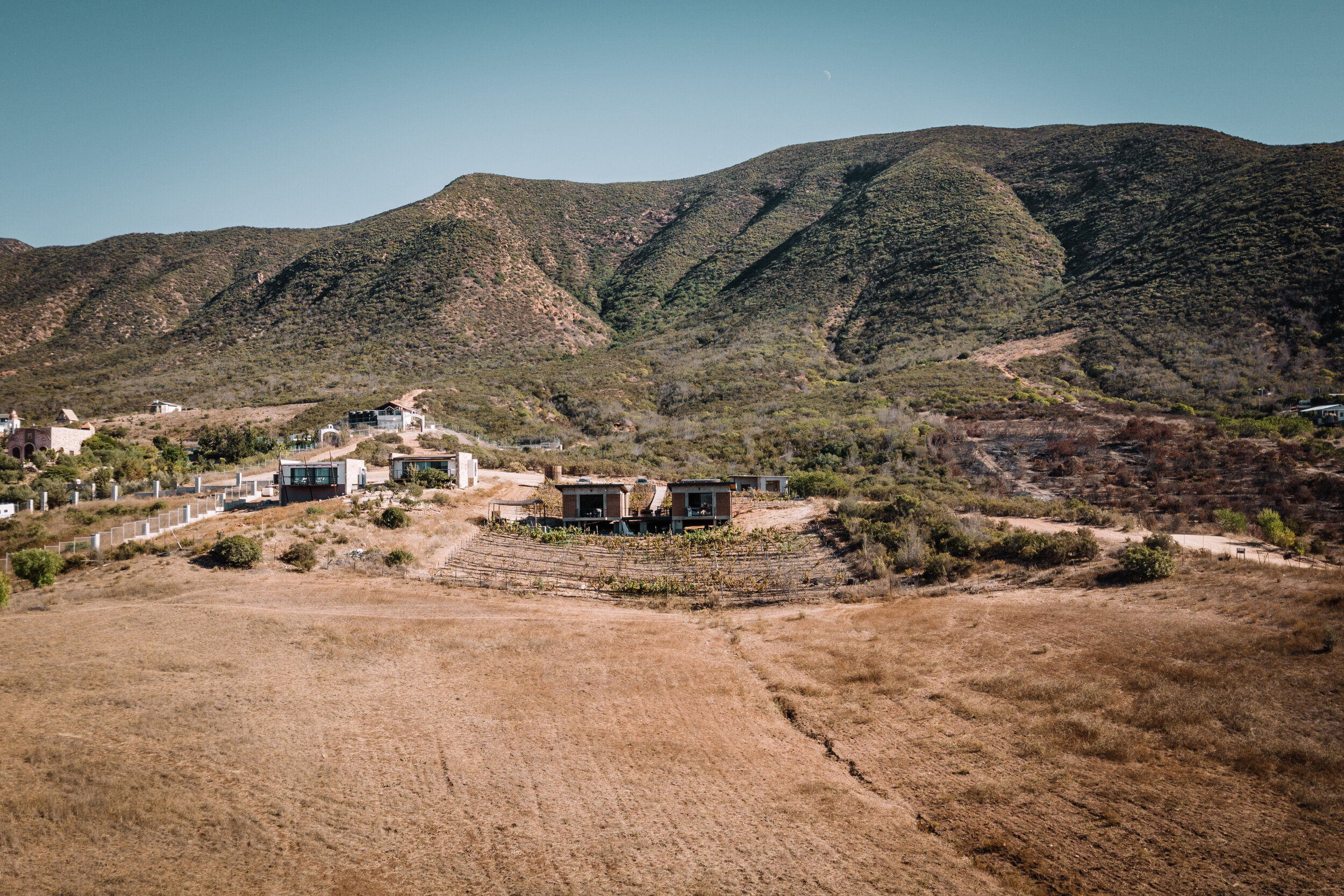 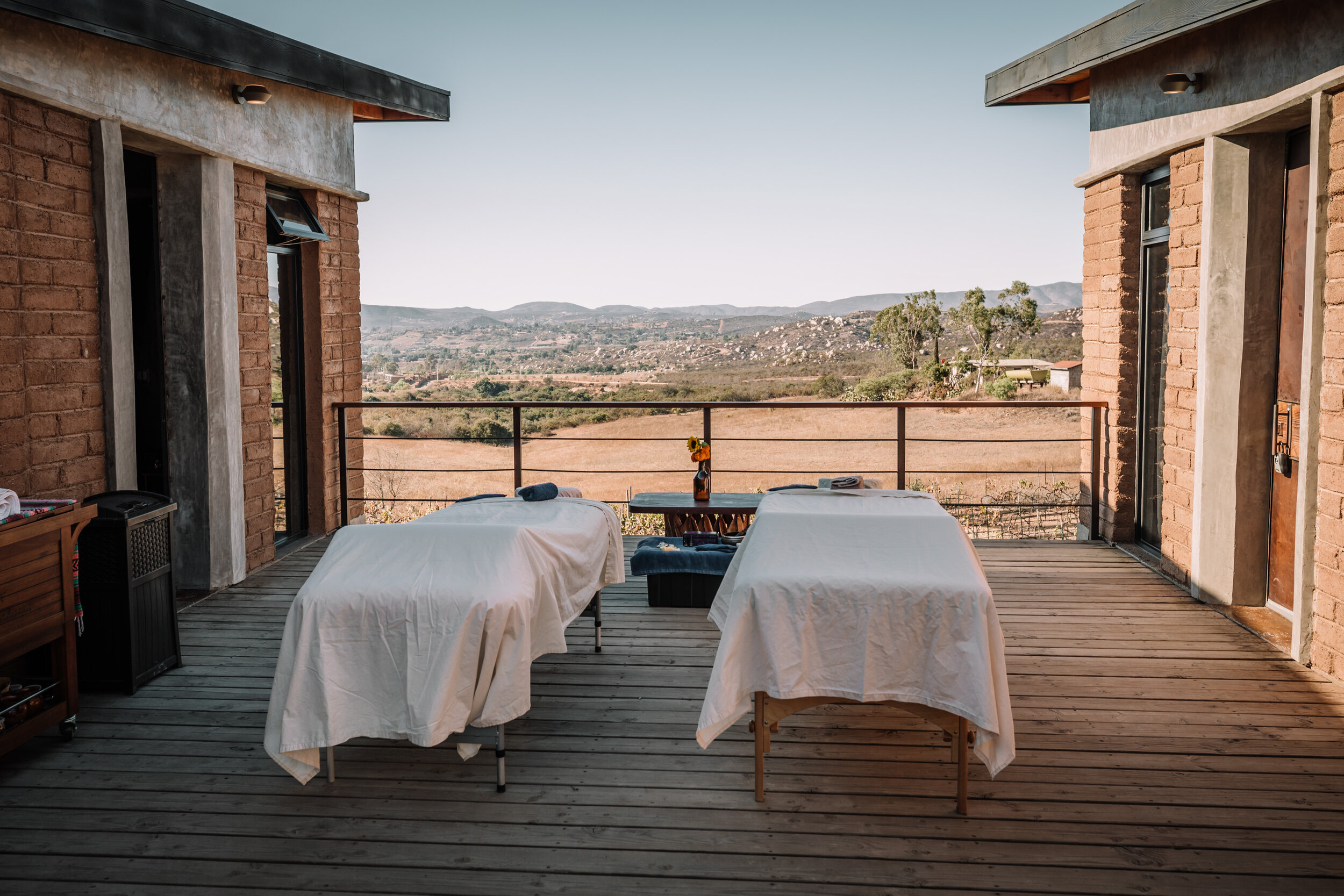